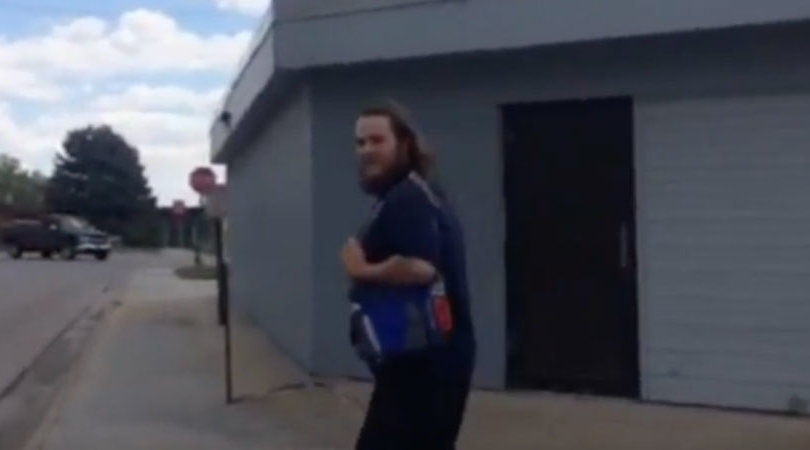 May 15, 2017 (LiveActionNews) — A pro-lifer outside LeRoy Carhart’s abortion facility in Bellevue, Nebraska, confronted a man leaving the facility with a small biohazard bag on May 4, 2017, in an interaction that leaves more questions than answers.

Operation Rescue reports that sidewalk advocate Ashley Riddle spoke to the man, asking him, “Don’t these babies deserve a proper funeral?” The man insisted that Carhart’s facility was “a normal health clinic,” and that they don’t just do abortions there.

Then, stunningly, the man decides to enlighten the pro-life advocate with his lack of knowledge on fetal development. “Did you know a baby isn’t formed until, like, six to eight months?” he tells Riddle.

Obviously, this is not the case. By ten weeks after fertilization (still in the first trimester), all of a preborn baby’s major organs have formed.

Operation Rescue notes that the pickup of biohazardous material “was not indicative of usual biohazard waste disposal pick-up methods often witnessed by pro-life activists at abortion facilities across the country.” OR also notes the fact that Carhart was recently questioned by a congressional panel regarding fetal body parts trafficking

LeRoy Carhart was recently under investigation by the House Select Panel on Infant Lives for suspected trafficking in aborted baby organs and tissue. He was also being investigated for the possibility that he had killed babies born alive at a very late-term abortion facility in Germantown, Maryland.

Carhart has killed at least two patients and continues to put women at risk with his shoddy practices.