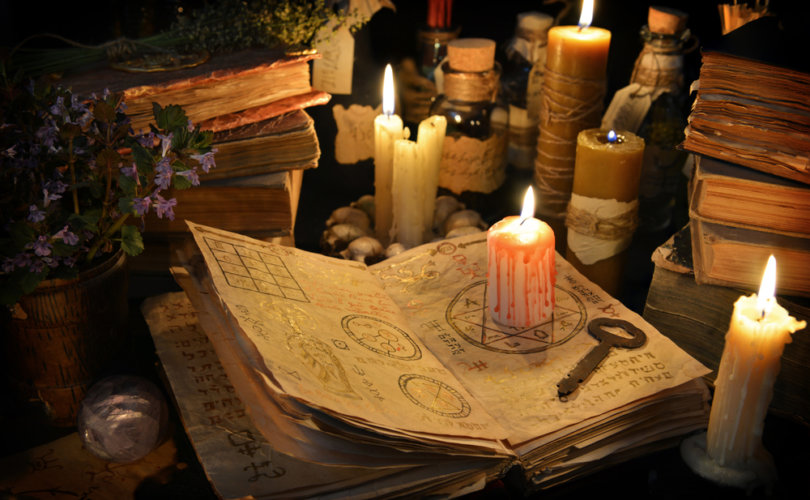 May 25, 2017 (LifeSiteNews) – An author writing in the Los Angeles Times has joined a worldwide movement to curse President Trump with “binding spells” and is encouraging others to join her.

Trump complaining he has been the subject of a “witch hunt” could be an indication that “maybe the spell is working,” Diana Wagman wrote in an op-ed piece.

“I don’t believe in the devil, but I do believe our country has gone to hell, and I am willing to try anything to save us,” wrote Wagman. The “spell” she cast is part of an effort of witches in different countries to fight the Trump presidency.

Pointing to concern from Christians about the rise in anti-Trump witchcraft, Wagman noted, “If the Catholics were worried about this spell, there had to be something to it.”

Signing a petition or giving $20 to abortion company Planned Parenthood are “the same thing, if you have faith” as “cast[ing] a spell so that the self-centered plans of a dangerous narcissist will fail,” Wagman argued.

The “Bind Trump” movement encourages people to cast “spells” by arranging a tarot card, photo of Trump, candles, string, and other items in a circle and then asking for the assistance of “demons of the infernal realms” and other spirits.

“As the sacraments have visible signs – for example, bread and wine in the Eucharist – evil spells also have theirs – such as clothing, photos, personal items, and foods – that are cursed by the wizard with formulas and rituals that are intended to produce negative spiritual effects on the persons affected,” the famed late Vatican exorcist Father Gabriele Amorth wrote in An Exorcist Explains the Demonic.

“Prayer can counter evil spells,” Amorth continued, “and if done with faith and love, it reaches its objective, which is the heart of God.”

SIGN THE PLEDGE: Witches pledge to cast 'binding spell' on Trump. Pray for him instead.