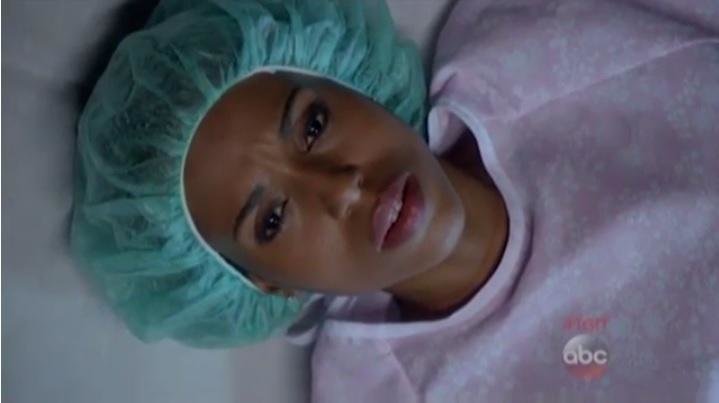 November 24, 2015 (NewsBusters) — The Left worships death. Don’t believe it? Check out the reception journalists and writers gave Thursday’s episode of Scandal on ABC.

Scandal showed the main character, Olivia Pope (Kerry Washington), aborting her baby to the accompaniment of the Christmas hymn “Silent Night.” In fact, the entire episode, Baby It’s Cold Outside, was a plug for abortion, including a recitation of Planned Parenthood talking points during a Wendy Davis-like filibuster. For its efforts, the show's scenes have been lauded by lefty media – from the Huffington Post to Cosmopolitan and Bustle – as “groundbreaking” and “awesome.”

“Between the execution of a man that opens the graphic clip below, the talk of ‘soft tissue,’ saying family destroys you, watching a doctor take his instruments between Olivia's legs, and the hint of a smile on her lips at the end, it is a truly vile scene, stomach churning scene.”

But liberals didn’t see it that way.

For the Huffington Post, editor Jessica Samakow called it “perhaps the most powerful message of the first half of season 5.”

Deeming the episode “radical” and “groundbreaking,” she lauded the show for its portrayal of abortion:

“‘Scandal’ showed abortion for what it is: A completely legal medical procedure that does not determine what kind of person a woman is, and that only makes up a small part of said woman's life story.

That's why Olivia Pope's no-big-deal abortion was such a big deal.”

(By the way, if the media were to show abortion for what it is, viewers would be horrified. Too bad the media won’t show, for example, the Planned Parenthood videos of baby limbs mixed in a dish. Hollywood will show gun violence though.)

She commended the “revolutionary act” of airing the “procedure” on television. Furthermore, she argued, the “most tragic moment of the episode” wasn’t Pope’s abortion but was when the president “chooses her dress for her … and Olivia quietly acquiesces.”

That’s because, she concluded, “Choice matters.”

Writer Christina Cauterucci applauded the “honest look at a positive experience with abortion,” and slathered praise on the abortion portrayal:

“Kerry Washington played out Pope’s self-determination with sensitivity and grace; the closing shot of Pope comfortable and smiling for the first time in a long time says everything about why abortion access is such a crucial part of women’s health. Kudos to showrunner Shonda Rhimes for giving viewers an affirming depiction of a woman who gets an abortion.”

Yeah, that was some Grade-A agitprop for infanticide, Shonda.

The entertainment news world couldn’t gush enough over the scene either.

Entertainment Weekly’s Isabella Biedenharn insisted “It’s only fitting that Scandal knows how to put on a great Christmas episode” with its “skillful mashup of real world events.” (Seriously, snuffing out an innocent life makes for great Christmas TV?)

“[W]e never saw Liv gazing dreamily at babies, chatting about becoming a mom someday. And if she didn’t want kids, could you blame her? Look at her parents!!!!” she wrote.

“OH. MY. GOD. OLIVIA JUST GOT AN ABORTION! WTF?” she wrote. Later, calmed down, she similarly reasoned, that Pope “knew she couldn't bring a child into an extremely toxic environment.”

E! Online’s Lauren Piester decided that having a child with the president, among other duties, “was never going to work for” Pope and that “tonight we were fully on Olivia's side.”

But perhaps the feminist news sites were the happiest of all.

“For Olivia the character, it only highlighted her bravery,” Pomarico continued. “And for Scandal as a whole? Having the female lead of such a popular show have an abortion on screen was such a powerful, important moment.”

She hoped the show would prompt similar plotlines in the future.

“How cool would it be if this one scene set a new precedent for how a woman's right to choose translates into television?” she concluded. “My fingers are crossed.”

Sadly, it’s nothing new – even for Scandal. Earlier this year, online media similarly adored another “groundbreaking” abortion scene featured by the show.