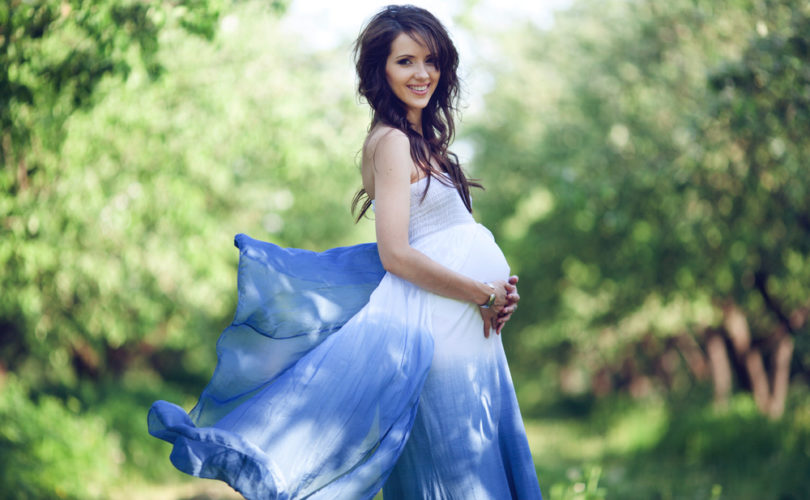 Mother’s Day is happening early in the fashion world – and in the media realm.

Dolce & Gabbana’s fall/winter 2015 collection presented in Milan on March 1 focused on “Viva la mama!” and, according to show notes, “explored how the mother is the heart of the family.” To incorporate motherhood, the show featured models and their children on the runway (including one pregnant model, Bianca Balti) as well as prints by the designers’ nieces and nephews. In contrast to their usual pro-abortion sentiment, the media celebrated the “touching” show’s celebration of motherhood – even the motherhood of the unborn.

According to New York Magazine, the designers, Domenico Dolce and Stefano Gabbana, drew inspiration from their own mothers. “The inherent message is allowing fashion to be seen as an extension of where one comes from,” they wrote.

That message spoke to the even the liberal media. The Guardian’s Lauren Cochrane recognized the “celebration of mothers everywhere,” while The Huffington Post’s Dana Oliver deemed the show “touching.”

Vogue’s Alessandra Codinha noted how “the runway was filled with motherly love” with the pregnant Bianca Balti as a “special highlight.”

Jezebel’s Karyn Polewaczyk admitted, “even the childless-by-choice types among us (myself included) will crack at least a small smile” at the “awesome thing happening in the fashion world right now.”

“There were 89 models in the show but it was the ones who were pregnant or carrying young children who accomplished a rare thing: The typically jaded audience broke in applause and smiles” wrote Wall Street Journal’s Christina Binkley. CNN’s Sarah LeTrent noted the same.

One of the biggest criticism for fashion designers, especially those who are male, is that they don’t design for real women. But during today’s Dolce & Gabbana show at Milan Fashion Week, the focus was on a facet of what it means to be a woman: motherhood.

Other magazines, including Allure and Glamour, also chimed in on the story.