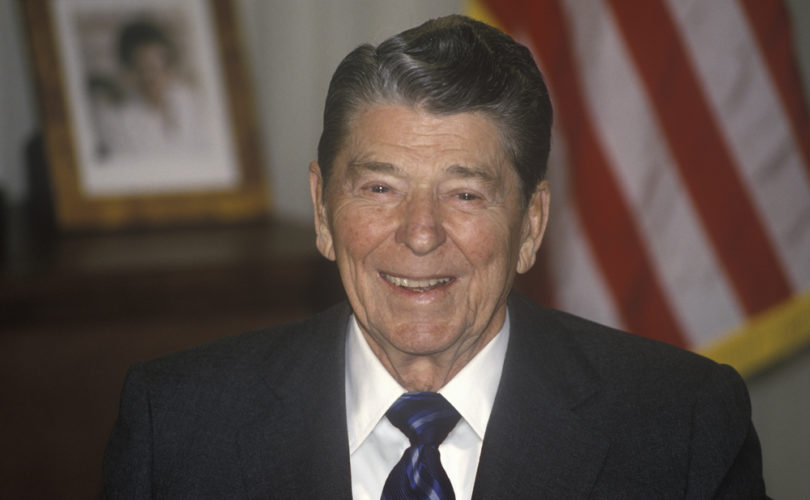 March 26, 2015 (LiveActionNews.com) — Some of us start off as pro-life, but not all. Those who converted offer a certain kind of perspective. They saw the truth and the light, and they became pro-life! Here’s a list of just some who have been on the incredible journey towards accepting life.

Abby Johnson, a former Planned Parenthood director, is now pro-life without exception – but she wasn’t always. Johnson had two abortions, and even helped assist in one. As she wrote in her book, Unplanned, this paved the way to her rejecting abortion, but it wasn’t a short or simple journey.

Johnson did not  change her mind about abortion without help, and her book mentions the kindness of pro-lifers, especially those involved with the 40 Days for Life campaign. Johnson now gives back to women and children every day – something she has always tried to do – but now, she does so from a life-affirming perspective. Johnson reaches out to abortion clinic workers who wish to leave the industry, and has informed the public about the dangerous agenda of Planned Parenthood.

Sue Thayer’s biography mentions, “[N]o one in the pro-life world has been inside Planned Parenthood longer…” Thayer served for 17 years as a center manager before she was to be trained in tele-med abortions. She was then fired for questioning Planned Parenthood’s motive for increasing abortions, rather than truly helping women. But she became pro-life and a whistle blower on Planned Parenthood.

As her biography notes, the 40 Days for Life prayer vigil she led helped shutter a Planned Parenthood facility. Thayer’s efforts show not only the behind-the-scenes of the abortion industry, but also the power and importance of praying for abortionists and staffers.

Ramona Trevino used to be the manager of an abortion-referral Planned Parenthood in Sherman, Texas. Not only did she come from the same state as Abby Johnson, but she says that she “identified with her and… felt her desire to help women.”

She also notes, “[T]hat’s why [she and Johnson] both started working at Planned Parenthood in the first place.” Ramona attributes her Catholic faith and 40 Days for Life to her pro-life conversion. She also had a change of heart on contraception as her daughter became a teenager. Ramona became involved with 40 Days for Life, and the Planned Parenthood where she worked closed.

Norma McCorvey, “Jane Roe” of Roe v. Wade, is now pro-life, as reported by Live Action. She sought a legal abortion when she faced an unplanned pregnancy, but never had the abortion. As reported, McCorvey didn’t even understand the reality of abortion.

McCorvey’s pro-life conversion is credited to the opening of Operation Rescue next door to the abortion clinic where she was employed in the late 1990’s. McCorvey has spent her life seeking to undo Roe, and petitioned the Court to overturn the decision.

Sandra Cano, “Doe” of the U.S. Supreme Court case, Doe v. Bolton, passed away last September. Cano told the Catholic Register prior to her passing that she had sought to remove her children from the foster care system, and did not want an abortion, noting that she did not realize her case would center on abortion.

Cano also explained the process of how she learned the truth. By the time she was able to unseal her court records, the statute of limitations had passed, and in 2006 the Court rejected her petition to overturn the case. Father Frank Pavone noted that Cano vowed at a rally in 1997: “I pledge that as long as I have breath, I will strive to see abortion ended in America.”

Dr. Bernard Nathanson, a co-founder of NARAL and abortionist who performed and oversaw thousands of abortions, became a strong pro-life advocate.

Nathanson’s insight into the abortion lobby was invaluable, as he admitted that most of what the movement came up with to legalize abortion prior to Roe v. Wade was completely fabricated. Nathanson began to doubt abortion a year after Roe v. Wade, and by 1980, he was convinced by technology to stop providing abortions.

In 1984, Nathanson produced The Silent Scream, and in 1996, he wrote The Hand of God, an autobiography detailing his conversion to the pro-life movement and his Catholic faith.

Dr. Anthony Levatino practiced obstetrics and gynecology, but he and his partner were the only ones in the Albany area to perform late-term D&E abortions.

Dr. Levatino shares how his adopted daughter’s death in 1984 impacted his work as an abortionist. He describes being affected by the conflict as an obstetrician, and feelings of anger as he provided abortions after his own “very precious” child was lost. At the 2015 March for Life, Dr. Levianto gave his testimony, and held a sign that said, “I Regret Performing Abortions.”

In 2000, Donald Trump wrote in his book, The America We Deserve: “I support a woman’s right to choose, but I am uncomfortable with the procedures.”

In 2011, however, interviews with Trump showed a very different stance. In an interview with David Brody of CBN News, he shared how he became pro-life view as a result of hearing stories, particularly one of a married couple who were friends of his.

The father did not want the child, but Trump notes that he regards his child as “the greatest thing that ever happened to him.”

As a supermodel who has been on countless magazine covers worldwide, Kathy Ireland used to describe herself as a pro-choice Christian. But, as LifeNews.com details, she learned of the scientific argument for life after reading her husband’s medical textbooks.

Ireland notes that Planned Parenthood’s argument against life was hardly a convincing one, and helped shape her decision on abortion.

Former senator and presidential candidate Rick Santorum is certainly known for being committed to the pro-life cause. Santorum notes that he had been “pro-choice all my life until I ran for Congress…”

Santorum credits scientific literature to his change of stance, but also admits that he had not thought about abortion until then. Such a conversion story is a prime example of how many change their view on abortion when they really consider the issue and realize the humanity of the preborn.

Ronald Reagan is arguably one of the most well-known pro-life politicians. Before he was governor of California, Reagan did extensive research on the issue, and sought to limit abortion to limited cases when the Therapeutic Abortion Act to legalize abortion reached his desk in 1967.

Unfortunately, as with other decisions legalizing abortion, the numbers of increased abortions surprised even sponsors of the bill. Reagan then dedicated himself fully to the pro-life position.

Reagan had a legacy for many things as president, and his commitment to the right to life certainly is at the top.

Who else may we see on this list someday?

All these individuals are influential in their own way – some more than others, but all of us have a sphere of influence.

I have also experienced a pro-life conversion near and dear to my own heart. While I have always been pro-life, the same cannot be said for my ex-boyfriend. He came to a realization of the truth about abortion in 2011 after a discussion, and two years later, I wrote a piece detailing the account. The experience affected me, and it may resonate with others because anyone can become pro-life.

Let us together eagerly look forward to the day when we have more people from all walks of life join our ranks to defend life.