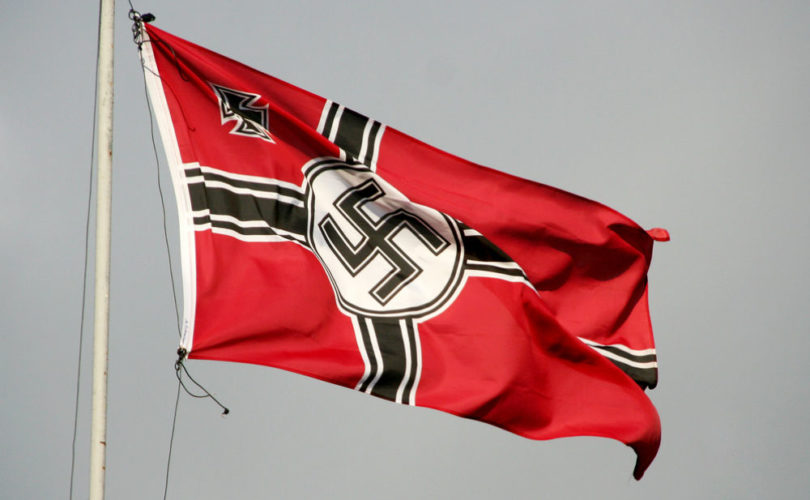 A memorial to the victims of the Nazi T-4 euthanasia program will open on Tuesday September 2 in Berlin near the central Tiergarten park.

The Times of Israel reported that a memorial to the approximate 300,000 physically and mentally disabled people who were murdered by the German regime between 1939 – 45, was approved in November 2011 and will open on September 2. The article stated that:

“The murder of tens of thousands of patients and residents of care homes was the first systematic mass crime of the National Socialist regime,” said Uwe Neumaerker, director of the memorial foundation.

“It is considered a forerunner of the extermination of European Jews.”

The Times of Israel told the story of Benjamin Traub who was diagnosed with schizophrenia at the age of 16 and died in the gas chamber at the Hadamar Psychiatric hospital at 27.

In 1941, he was taken to a clinic nearby in the town of Hadamar which had been transformed into a factory of death. There, immediately after his arrival, Traub was sent to a gas chamber and murdered with carbon monoxide.

His parents received word from the clinic that their son “died suddenly and unexpectedly of flu with subsequent meningitis.”

Because he suffered from a “serious, incurable mental illness,” the letter continued, the family should see his death as “a relief.”

In an elegant villa at Tiergartenstrasse 4, more than 60 Nazi bureaucrats and like-minded doctors worked in secret under the “T4″ program to organize the mass murder of sanatorium and psychiatric hospital patients deemed unworthy to live.

Between January 1940 and August 1941 doctors systematically gassed more than 70,000 people — the physically and mentally handicapped, those with learning disabilities, and people branded social “misfits” — at six sites across the German empire.

Protests by members of the public and leaders of the Catholic Church ended the T4 program but the killing went on.

From August 1941 until the war’s end in 1945, tens of thousands more died through forced starvation, neglect or fatal doses of painkillers such as morphine administered by purported caregivers.

The memorial will be opened by government leaders and Helmut Traub, Benjamin's nephew.

The Times of Israel article concludes:

Few of the killers were brought to justice after the war, despite high-profile trials like those of doctors at Nuremberg 1946-47, and many of the implicated medical professionals simply continued with their careers.

Meanwhile both West Germany and the communist East did little to recognize or compensate survivors.

Smaller plaques and markers have been installed at relevant sites across Germany in recent years but the T4 site is the first national memorial to honor these victims.

… unlike other groups, the “euthanasia” victims lacked a “strong lobby.”

“Many were forgotten for decades and still are, even by their own families”