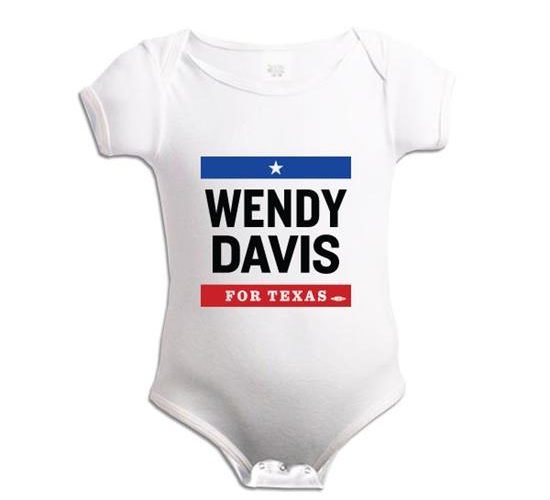 First Lady Michelle Obama may have decided not to campaign in some Senate races, but she has released a new one-minute radio ad for Wendy Davis, telling Texans to elect her for the children.

Michelle said, “On November 4, you have a chance to make a real difference for our children by voting for Wendy Davis for governor.”

She said that. Out loud.

Barack's bitter-half continues that you should pull the lever for Davis' doomed candidacy, “because she wants to give all our kids a chance to build a better life for themselves and for their families.”

“'All our kids'—well, except for the ones who won't have a chance to build a life at all, thanks to Wendy Davis' ardent support of abortion,” Mark Finkelstein writes at NewsBusters.

Michelle also praises Davis' support for a statewide daycare program, something Barack Obama proposed on a national level in his 2013 State of the Union address.

Evidently the irony of trying to spin a woman whose only claim to fame is trying to preserve late-term abortions as a champion of children was lost upon the campaign, which has never shown itself averse to shameless lying and distasteful rhetoric.

Wendy Davis' campaign sells baby clothes branding the (fortunately fully delivered) baby a member of “Generation Wendy,” and she has repeatedly drawn attention to the fact that Republican candidate Greg Abbott is wheelchair-bound.

Her tanking poll numbers convinced her to try to soften her image as the George Wallace of second trimester dismemberment. As long ago as last November, Wendy Davis told a crowd in Brownsville, Texas, “I am pro-life.”

Other than letting poor brown kids be cut to pieces until they are on the cusp of birth, she's all heart.

You can listen to Michelle Obama's mind-bending ad here.