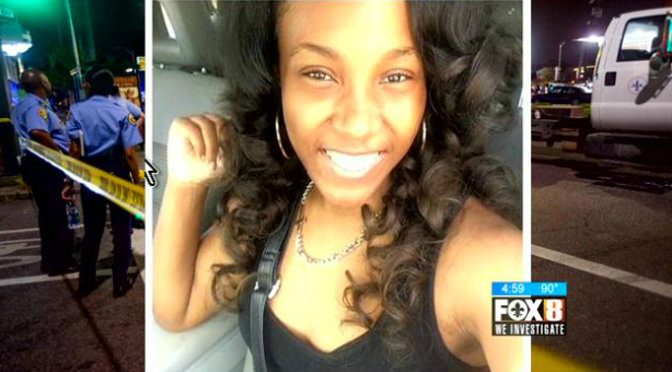 July 30, 2015 (LiveActionNews) — When tragedy strikes, we often lash out at whomever we can, especially if there is someone to blame. But one mother, a retired New Orleans police officer, has chosen to forgive the man who murdered her daughter, and wrote a letter telling him so.

Twenty-year-old Milan Arriola wasn’t 20-year-old Will Reed’s intended victim. She was just someone who was in the wrong place at the wrong time when he shot her to death as she drove her car. Milan’s mother, Imani Ruffins, reached out to Reed on Facebook, detailing how lucky she was to have had her daughter for 20 years and the sympathy she feels for Reed that he never knew such love.

I’m sharing this today, because TODAY was a good day.

I want you to know that in spite of you changing my life forever, I don’t hate you. I feel sorry for you. Sorry that you’ve never experienced the love that Milan experienced, not only from her family and friends, but coworkers, classmates and random strangers.

An unconditional, heart pounding, take your breath away type of love. I’m certain you haven’t experienced this because you had no regard or appreciation for life.

Ruffins goes on to talk about her pregnancy and how she had prayed for a girl who was “humble, happy, healthy” and who would have her father’s (a fire chief) spirit and smarts. She wrote about how God answered those prayers despite doctors urging her to abort.

She reveals in the letter that while she was pregnant she became ill with chickenpox. According to the CDC, pregnant women who contract chickenpox are at risk for serious complications including pneumonia which results in death for 40% of pregnant women. In addition, there is a slight risk that the baby could be born with congenital varicella syndrome which includes scarring of the skin and problems with the arms, legs, brain, and eyes.

“It’s kind of funny,” Ruffins wrote, “because when I was a few months pregnant I contracted chicken pox, the Dr. told me my unborn child was gonna be retarded, blind and probably deaf and I should probably have an abortion, but I said no. No because I knew God heard my prayers. My faith out weighed everything.”

Ruffins continues to tell Reed how every single day for Arriola’s entire life she told her that she loved her. She thanks God for those 20 years with her daughter and tells Reed that even he can’t take that time away from her or anyone else who loved Arriola. Then she tells Reed that she will pray for him.

With this letter and her undeniable ability to show love and kindness to everyone, Ruffins shows us what it truly means to be pro-life. It means forgiving even the worst acts. It means loving people even when they are at their worst. And it means seeing the value in all human life, no matter what.