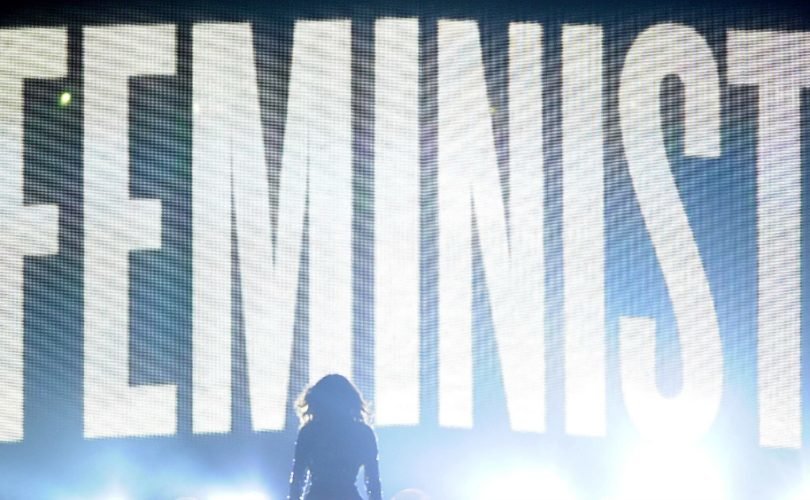 In case the tampon earrings and musings on child custody hadn’t clued us in to the ongoing Whack-A-Mole game in Melissa Harris-Perry’s brain, she’s shared her fantasy of abortion entertainment by Beyoncé.

During “The Melissa Harris-Perry Show,” the MSNBC host had an “imagining” that the screen projection during Beyoncé’s 2014 MTV Video Music Awards Show (VMAs) performance spelled out “abortion” instead of “feminist.”  On her August 30 show, Harris-Perry explained, “I do wonder if it could have been even more political, like beyond the ‘F’ word.” Video Below.

The pop star’s routine on August 24 championed feminism with a screen behind her flashing the word “feminist” as an overhead voice defined, “The person who believes in the social, political and economic equality of the sexes.”

But Harris-Perry wanted more. “So I have been having these imaginings where, instead of behind her [Beyoncé] are these enormous letters that say ‘feminist,’ that she’d come out and it had said, ‘Hands up, don't shoot,’” she began. “Or it had said ‘birth control,’” she continued, “I mean – ‘abortion’ behind Beyonce.” (Even if then, she admitted, the star “would never sell any more records.”)

From the beginning of her “Queen B” discussion, Harris-Perry sang (yes, sang) of “our girl Beyoncé” and praised, “One of the biggest pop stars of our time wearing a leg baring body suit and standing proudly in front of the word ‘feminist’ seen by 13.7 million people on TV.”

And for those still mystified, Harris-Perry clarified how her abortion “imaginings” built upon “feminism:”

“Part of how I finally came around to thinking of myself as feminist, I wasn't born thinking that, is when I started thinking of feminism as a question. Right? So feminism is the question, ‘What truths are missing here?’ That what a feminist does is to ask about whatever we are looking at, ‘What voices are left out? Who isn't at the table?’”