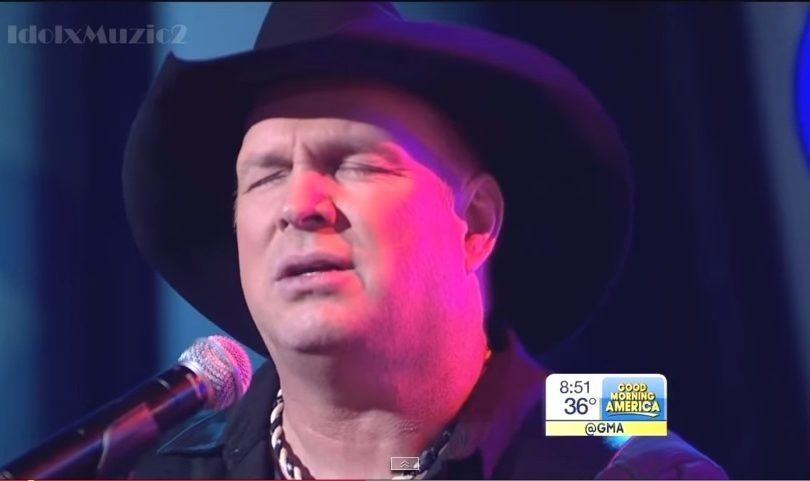 Pop culture is usually the last place to uphold the value of the unborn child or the honor of motherhood, but a new song from one of the music industry's legendary artists is bringing female audiences – and its singer – to tears.

Brooks told host Robin Roberts the song is “a conversation between God and this unborn child about ready to go down to earth. And when God describes what a mom is – whew, it kills me.”

In the song, the unborn child expresses fear to God at leaving Heaven, and God reassures the baby He has prepared someone nearly as loving as He is:

'Cause there’s someone down there waiting, whose only goal in life

Is making sure you’re always going to be alright

It’s almost time to go and meet your mom.

Brooks said the song is his second favorite song, after “The Dance,” his 1990 number one hit and all-time best seller. The new song “should have been written 50 years ago,” he said, presumably about his own mother. “You know, I'm a mama's boy.”

“Mom,” written by Don Sampson and Wynn Varble, is in many ways the inverse of another song written by Sampson: “I Love You This Much.” That song, recorded by Jimmy Wayne in 2003, expresses the rejection and rage of an apparently unwanted child neglected by his father – until he sees a crucifix and realizes he was loved and accepted by Jesus Christ. Both songs explore the dual interplay of Divine and human parenthood from different angles.

Sampson's co-writer, Wynn Varble, wrote a series of patriotic songs with Darryl Worley, including the soldier's reflection, “I Just Came Back from a War.” He also penned the not-at-all politically correct “Ain't Going Down on Brokeback Mountain,” recorded by Willie Nelson.

Brooks is coming back from a 14-year hiatus after a genre-defining career that changed the course of country music – for better or worse – and established him as the third best-selling performer of all time. (His “Double Live” album alone went platinum 21 times over.) After divorcing his first wife, Sandy, and remarrying fellow country singer Trisha Yearwood, Brooks took time off the road to raise his new family. The two are currently touring together.

Brooks' music is a mixed bag for the family. His 1992 song “We Shall Be Free,” likely the first country anthem in favor of homosexuality, was the first song he released that failed to reach the top 10.

Stevie Nicks confirms she wrote hit song about baby she aborted with Don Henley
Rapper's new song reveals that his mother planned to abort him, changed mind at last second
Successful, childless, and on ‘the pill,’ this rock-pop mom woke one night in excruciating pain: what happened next changed everything
‘I’d like to have my child’: newly uncovered Michael Jackson song tackles abortion