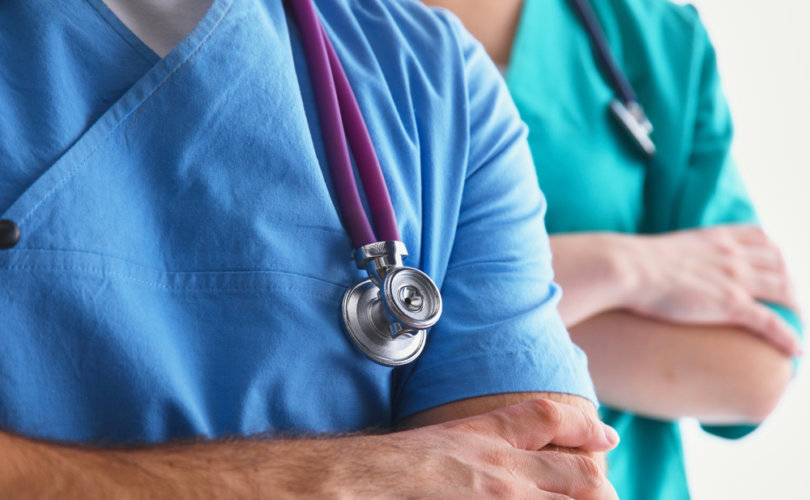 September 27, 2016 (Alex Schadenberg) — The National Post editorial column, yesterday, provides arguments to uphold conscience rights for medical professionals and to reject turning medical professionals into automatons. The editorial column, written by Marni Soupcoff, replies to the opinions promoted by two radical pro-euthanasia bio-ethicists, Udo Schuklenk and Julian Savulescu. Soupcoff argues that she is troubled by the rejection of conscience rights.

It’s a radical and troubling notion: that the field of medicine should be open only to people who hold religious and ethical views consistent with the majority, or who can easily set their personal views aside and act against their beliefs. Those with the wrong opinions — those whose moral compasses point in directions not deemed acceptable — need not apply.

Will anyone take this argument seriously, given how strongly it infringes on a doctor’s right to his or her individual beliefs? Given how it creates a de facto prohibition on members of certain religions from ever becoming physicians? It might appear self-evident that medical professionals have just as much right to personal beliefs as any other Canadian, including others who interact with the public in an influential way, such as police officers, politicians or teachers.

Soupcoff then points out the radical nature of Schuklenk and Savulescu's proposal:

Taking concrete steps to make doctors and lawyers less morally sensitive is a curious way to try to make our society a better place. Is it really such a good idea to strive to ensure medical, legal or other professionals act as impersonal automatons able to block out any of the sentiments or personal beliefs that make them human? Messrs. Schuklenk and Savulescu’s assessment is that yes, it is not only a good idea, but also a step that is necessary to provide optimal patient care; screening out medical students who aren’t morally comfortable taking part in an assisted dying scenario is no worse, or more controversial, than a South African medical facility screening out a racist med student, says Schuklenk.

This comparison betrays a fundamental problem with the authors’ argument: their conclusion rests on putting a serious and sensitive moral or religious concern about, say, the ethics of a doctor taking a life — a concern that a good portion of the population shares to one degree or another — on par with the narrow-minded bigotry of a white supremacist. The fact that a medical procedure or practice is legal does not, and should not, make it immune from legitimate, respectful and respectable personal questioning or opposition, including by physicians.

Soupcoff finishes the editorial by argueing in favour of equal rights for all Canadians, including medical professionals

The imposition of ethical requirements of doctors, lawyers and others aims to put patients, and clients, in better hands. But being in better hands doesn’t require a professional who has checked his or her sense of right or wrong at the door. There is room for the same diversity of beliefs in health care and the law as there is in the rest of Canadian society.