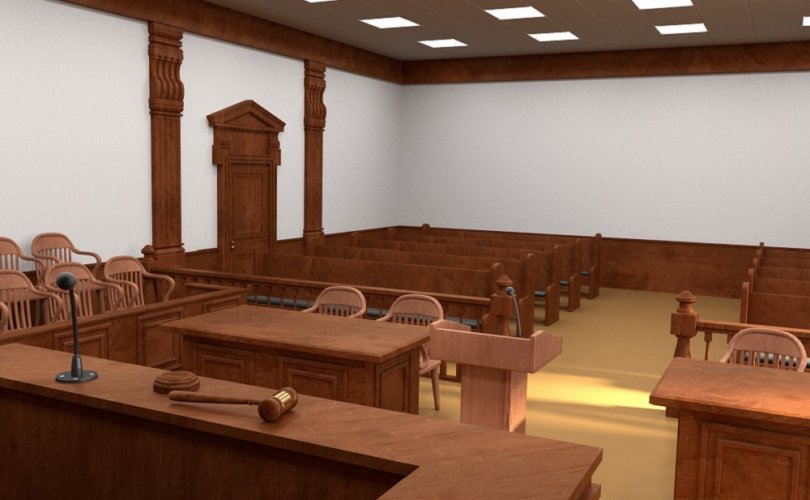 February 20, 2018 (Liberty Counsel) – Merle Hoffman, president and CEO of Choices Women's Medical Clinic (Choices) in Jamaica, New York, who was questioned under oath yesterday by Liberty Counsel, has said that the “act of abortion positions women at their most powerful” because abortion gives women “power – and the responsibility – of taking life” so that they may control their own lives. “Merle Hoffman has acknowledged the obvious – that abortion is the taking of human life. What is shocking is that she believes killing a helpless child empowers women by enabling them to achieve their selfish goals,” said Mat Staver.

In court, Hoffman admitted she collaborated with New York Attorney General Eric Schneiderman to bring this frivolous federal lawsuit seeking to punish and silence pro-life and Christian speech on public sidewalks outside of her facility. Their “mere existence,” she said, is a “crime against women.” The case is being heard in a federal court in Brooklyn and resumed this week.

Liberty Counsel represents one of the 13 defendants, Scott Fitchett, Jr., a pre-K teacher who has spent Saturdays peacefully sharing the gospel on public sidewalks wherever he goes, including outside Choices.

Hoffman's abortion facility has performed hundreds of thousands of abortions since 1971. During the hearing this week, the abortionist millionaire testified that peaceful sidewalk counselors are the “American Taliban” and that “their mere existence is a crime against women.”

In Hoffman's memoir, Intimate Wars: The Life and Times of the Woman Who Brought Abortion from the Back Alley to the Boardroom, she shares the experience of her own abortion. “The idea of abortion was a valve, an opening, a way to breathe. There was no question of whether I would have one. As we crossed the Fifty-Ninth Street Bridge, I held my stomach and said aloud, 'Sorry little one, it's just not time.' My diary entry from that night reads, 'For one night I am a mother'” (emphasis added).

Hoffman further states in Intimate Wars that abortion is the taking of human life, and that is why it makes women so powerful. “Does the fetus not impede a woman's tendency to maintain her own existence?  Is it not an unjust aggressor, threatening the survival of the mother? Is not a woman's choice of abortion an act of self-defense?… I wasn't immune to the physicality of abortion, the blood, tissue, and observable body parts. My political and moral judgments on the nature of abortion evolved throughout the years, but I quickly came to realize that those who deliver abortion services have not only the power to give women control over their bodies and lives, but also the power-and the responsibility-of taking life in order to do that. Indeed, acknowledgment of that truth is the foundation for all the political and personal work necessary to maintain women's reproductive freedom…The act of abortion positions women at their most powerful, and that is why it is so strongly opposed by many in society. Historically viewed as and conditioned to be passive, dependent creatures, victims of biological circumstance, women often find it difficult to embrace this power over life and death. They fall prey to the assumption, the myth, that they cannot be trusted with it” (emphasis added).