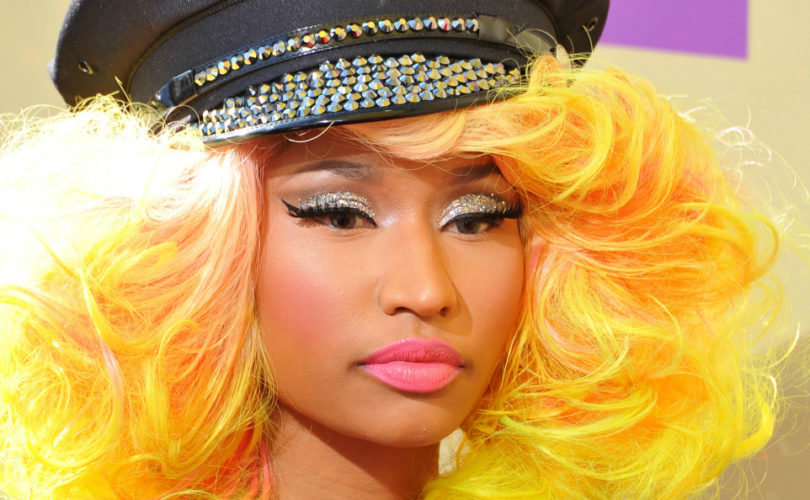 'I thought I was going to die,' she admits. 'I was a teenager. It was the hardest thing I’d ever gone through.'

Nicki Minaj is a female hip-hop powerhouse with millions of fans around the world. Most of her songs have been upbeat, but she says that her latest album, The Pinkprint, will be more personal. After hinting at an abortion earlier this year, Minaj has finally opened up to her fans about the experience in a Rolling Stone interview, admitting that she had an abortion, and that it has haunted her all her life.

Minaj’s first love was an older guy from Queens she dated while attending the prestigious Manhattan performing-arts high school LaGuardia. When she discovered she was pregnant, “I thought I was going to die,” she admits. “I was a teenager. It was the hardest thing I’d ever gone through.” She ended up having an abortion, a decision she says has “haunted me all my life,” though it was the right choice for her at the time. “It’d be contradictory if I said I wasn’t pro-choice. I wasn’t ready. I didn’t have anything to offer a child.”

She wrote about her abortion and the pain she still feels from it in the song, “Autobiography.”

Please baby forgive me, mommy was young
Mommy was too busy, tryn’a have fun
Now I don’t pat myself on the back, for sending you back
Cause God knows, I was better than that
To conceive you then leave you, the concept alone seems evil
I’m trapped in my conscience I adhered to the nonsense
Listened to people, who told me, I wasn’t ready for you
But how the… (f*ck) would they know, what I was ready to do?
And of course, it wasn’t your fault
It’s like I feel it in the air, I hear you sayin’
“Mommy don’t cry, can’t you see I’m right here?”
I gotta let you know, what you mean to me
When I’m sleeping, I see you in my dreams with me
Wish I could touch your little face, or just hold your little hand
If it’s part of God’s plan, maybe we can meet again

It seems very clear that Minaj still struggles with a lot of guilt and pain from the abortion of her child. The lyrics she wrote about her baby are especially poignant, and speak to so many women who find themselves in the same position: pregnant, scared, and told they need to have an abortion. As Minaj notes herself, she was better than that.

The abortion industry tells women that they are weak, that their lives will be ruined by pregnancy and a baby, and works hard to convince women that they are not capable of achieving their dreams unless they have an abortion. However, Minaj is correct. Women are better than that, stronger than that. So often, scared, pregnant women are pressured into abortions by the people around them, and by abortion facility staffers who only see dollar signs.

Minaj calls her decision evil, and slams the people who told her that she couldn’t do it, but she now says abortion has haunted her entire life – yet she still calls herself pro-choice?

Why Minaj would continue to advocate for something that she admits caused her so much pain is hard to understand. But there are plenty of women just like her – post-abortive women who know that abortion is a traumatic, awful thing – who will defend it to the ground. Perhaps it’s a coping mechanism, or maybe it’s a way to pretend that they’re OK. But buried in the bravado is the truth, and that can’t be hidden away.