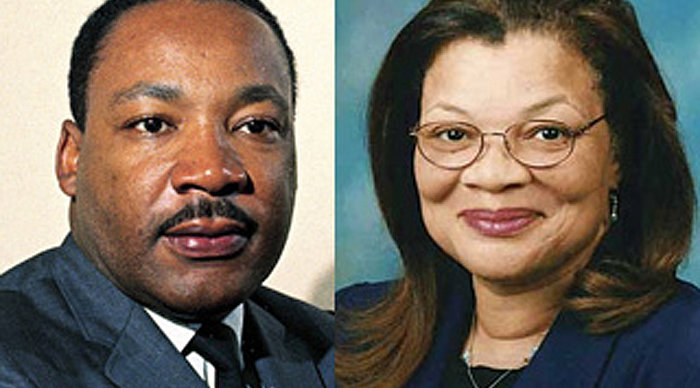 During the presentation, King revealed that before she was born, her own parents were told to abort her. The Rocky Mountain Collegian reports:

Alveda King said that Planned Parenthood told her parents to consider an abortion following her conception. Her father disagreed, and MLK Sr. claimed that he had seen the unborn child in a dream years prior, and described King to her parents.

“That’s my granddaughter!” King Sr. had said, according to Alveda King.

Despite her history as a strong voice for the oppressed, including preborn lives, King was not always pro-life. At one point, King says she was “radical pro-choice,” and had two abortions herself, which she claims damaged her body. Eventually, she became pro-life, and she believes her uncle, Martin Luther King Jr., would have joined her in standing for the value of life.

“Abortion is not health care,” King said. “A woman has a right to her body, but that is not her body. What about the baby?”

In addition to sharing positive pro-life arguments, King also took the time to address a very common — and very misguided — stereotype of pro-lifers. “People believe that being pro-life [means] only caring about the baby,” she said. “That cannot be farther from the truth. We care about the mother and the elderly, too.”

King also urged her audience to consider joining Students for Life in their work of changing hearts, changing minds, and saving lives. “We need to make abortions unthinkable,” said King. “We [have to] change the heart first. Overturning Roe v. Wade will not make it illegal right away, but it will be a start.”