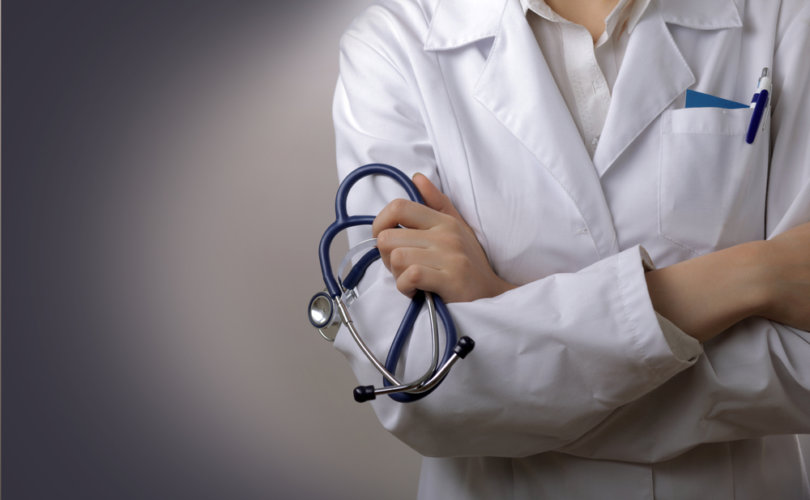 July 18, 2016 (LiveActionNews) — Most pediatricians work only to save babies and keep them healthy. Not Robin Ohls. She wants to save their brains and lungs for research. Ohls runs the DREAM Lab at the University of New Mexico (UNM) – but it might be more aptly named Nightmare Lab.

Recent documents from the House Select Panel on Infant Lives revealed that whole, late-term fetal brains had been acquired for dissection in a summer camp program. The documents did not reveal the names of the researcher behind this or other programs, with the Panel’s written report using the name “Researcher #1″ or no name at all. “Researcher #1” – according to the list of referenced studies – is Robin Ohls, working in conjunction with other researchers in the DREAM Lab.

The Panel specifically wrote that the “Researcher with the DREAM Lab appears to have conducted most of the research using aborted infant tissue.”

While the Panel documents redacted the names, it left this list of references (page 222).

The references cross list with Ohls’ PubMed bibliography where, within Ohls’ 67 listed research articles, is every cited article by the Panel.

Ohls has an impressive research resume, but the cost of acquiring her myriad publishing credits is lives. This reality has been affirmed by the New Mexico Alliance for Life (NMAFL).

As Live Action reported earlier this year, NMAFL suspected that fetal parts harvested by late-term abortionist, Curtis Boyd, were then given to Ohls to produce this study. From abortion to organ harvesting, a grand total of 15 minutes elapsed.

This leaves many alarming questions concerning how notorious late-term abortionist Curtis Boyd, still serves as a UNM  “assistant professor,” abortionist and tissue collection facilitator. The total disregard for human life illustrated in this UNM Department of Pediatrics research study by Dr. Robin Ohls and team is both sickening and horrifying.Death row inmates are treated with greater respect and dignity than these innocent, unborn babies.

Boyd is currently still listed, as of 6/28/16, as Clinical Assistant Professor at UNM.

However, Boyd does not possess board certification in obstetrics, which is a violation of UNM’s own policy for professors in its medical school. Boyd’s abortion facility furnishes Ohls and her UNM colleagues with fetal tissue for the many research studies conducted there. In fact, Boyd’s facility is the “sole provider” of fetal tissue for UNM (page 8):

And that fetal tissue gets put to use in Ohls’ lab. Ironically called the DREAM Lab, the purpose of the lab is stated on its website:

The basic science research performed in our laboratory focuses on developmental regulation of erythropoietin [a hormone secreted by the kidneys that increases the rate of production of red blood cells in response to falling levels of oxygen in the tissues] gene expression in the human fetus ,as a model for evaluating the impact of preterm birth on changes in gene expression.

That seems like fancy language for saying, “We use lots of fetal tissue from babies that were killed all the way into the third trimester at Curtis Boyd’s clinic.”

While UNM claims that no money exchanges hands, the Panel explains what it calls “violations of law committed by the University of New Mexico and Southwestern Women’s Options” in relation to the fetal donations and exchange of services (pages 9-10).

Adding to the irony of the work of Ohls’ lab is the claim that it saves lives, even babies, by using the aborted parts of dead babies.

One of the letters in the Panel documents also appears to come from Ohls, though her name is blacked out (page 225).

According to the DREAM Lab site, Ohls is the sole “principal investigator” for the lab.

The lab’s procurement notebook, as detailed in the Live Action News article about acquiring whole brains for dissection at a students’ summer camp, holds troubling information on late-term aborted babies who Ohls and her colleagues use for their research, such as this note which says “Researcher #1 [Ohls] thought 32 [weeks gestation]” (page 182).

The Panel also shows documents from UNMHSC to New Mexico legislators in July of last year. This portion of the response specifically explains the research being conducted in Ohls’ lab, some of which uses fetal tissue from SWWO (pages 229-230).

The letter to the legislators came from none other than “Doctor #8” who is Paul B. Roth, MD, MS, Executive Vice President and Chancellor for Health Sciences, CEO, UNM Health System and Dean, School of Medicine. His name was redacted in the 291-page document from the Select Panel; however, the letterhead and unredacted parts of his signature match his particular office. (Pages 227-230)

New Mexico Alliance for Life has produced the original copy of this letter showing Roth’s signature as well. Pro-lifers report meetings with Roth, asking him to intervene, but he has stood by UMNHSC and the doctors doing fetal tissue research. Roth’s letter to New Mexico legislators is only one of a series of defenses he has made, attempting to further justify the work of his university in funding abortion, blurring ethical lines, and profiting off of the deaths of babies, including those in the third trimester.

All of the studies that Roth cites as being important are ones in which Ohls and her colleagues purport to find cures for afflictions that babies face, but lost in translation is the fact that preborn babies, some viable, must die for the lab experimentation to continue. Ohls has fostered an illustrious career from the tissue and body parts of aborted babies.

The ultimate irony of Ohls’ work is the department in which she works: Pediatrics. While the others implicated in the Panel report are from the obstetrics and gynecology departments and/or working directly with abortion, Ohls’ title of Professor of Pediatrics seems the most tragically ironic part of this whole story.

If the babies Ohls treats could speak, would they be asking for a different pediatrician?