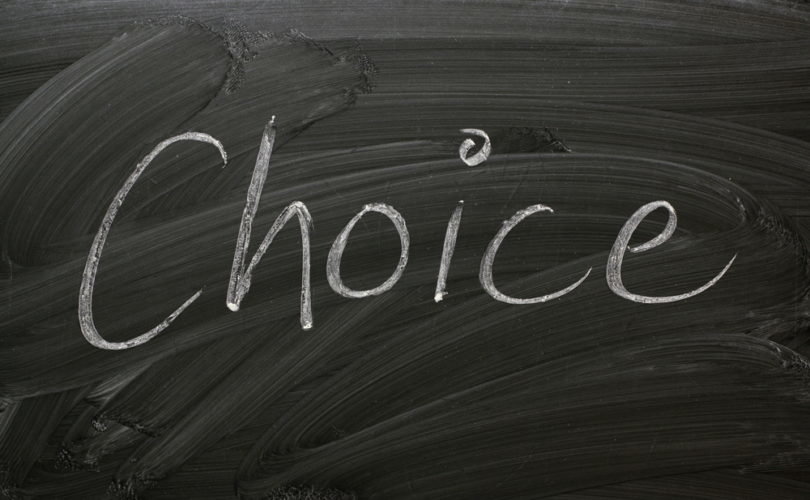 While most pro-lifers know that Norma McCorvey, the plaintiff in Roe v. Wade, is now pro-life, fewer know that she worked in two abortion clinics before her conversion. She tells her story in her book Won By Love.

McCorvey had a lot to say about what working in an abortion clinic was like.  The first clinic she worked at, A-Z, was horribly run and filthy. Here, she describes what she saw in that clinic:

I started working at the A to Z clinic in January 1995, and it was a health disaster waiting to happen. If the owner had not closed it down, eventually even the government would have been forced to do it. Light fixtures hung out of the ceiling; falling plaster dusted everyone who walked by…We fought an ongoing, and losing, battle with the rat population…Every morning we found rat droppings all over the clinic. Sinks were backed up- in a reputed medical clinic no less- and blood splatters stained the walls. The “parts room” where we kept the aborted babies was particularly heinous. No one liked to be in there to do their business, much less to clean the place, and since no patients were allowed back there, it was pretty much left to ruin. If a baby didn’t make it into a bucket, that was too bad; it was left to lay there. Other babies were stacked like cordwood once every body part had been accounted for…the room smelled awful. We used Pine Sol because of its strong antiseptic smell, but within hours the cleaning mixture was overpowered by the smell of medical waste and rot –  which explains why the rats were so eager to visit us every night. The floor of the clinic invited contamination. It was covered by an old, gold and brown shag rug. At least I think it was gold and brown – no one really knew for sure, since the rug had not been cleaned in a long time.

This clinic was operating legally. Because there were no clinic regulations being enforced at the time (thanks to pro-choice activists), A-Z was allowed to perform abortions on unsuspecting women.  Pro-choicers consistently fight against requiring abortion clinics to be inspected and held to basic safety standards. The huge battle in Texas is an example of how pro-choice organizations fight hard to let abortion clinics operate like A-Z.

And the aborted babies, taken from their mothers and brutally killed, were allowed to be eaten by rats. It is stomach churning and horrible to imagine this.  Human life, in abortion clinics, is cheap.

How did the clinic workers cope with working in such a horrible place? Well, apparently, they took a lot of drugs. Norma McCorvey says:

To cope with what everyone intuitively knew were inhumane conditions, cocaine became a favorite pastime. …  Drugs became a major tool to keep the peace. Drugs got us through the day, and when memories kept us awake, drugs helped us get to sleep. When we couldn’t bear the thought of going back for another day’s worth of work, drugs got us out of bed.

They gave illegal street drugs to patients to keep them compliant:

We even used drugs with patients. Many times a young woman might say, “I’m not so sure I want to do this.”

If the patient was holding things up, we knew just what to do. “Here, honey,” we’d say, offering some cocaine. “Have a little hit of this. You’ll be fine.”

Our offer was not always accepted, but when it was, it worked wonders.

It is horrifying to think that a woman could go to such a place and be given medical care by people under the influence of drugs. This filthy clinic was allowed to operate only because of pro-choice groups. Without their consistent, concerted efforts to prevent clinic from being regulated, these atrocities never could have happened. A-Z was not the only clinic with such terrible health violations, or even the worst. But it calls to mind the conditions at Kermit Gosnell’s clinic, and is one more example of why clinic regulation is needed.

The quotes in this article also illustrate how abortion work can be traumatic for clinic workers as well as patients. McCorvey would later work at a second clinic, where pro-lifers would reach out to her with kindness. Eventually, she would respond to their persistent activism and leave the clinic, which was later shut down as well.