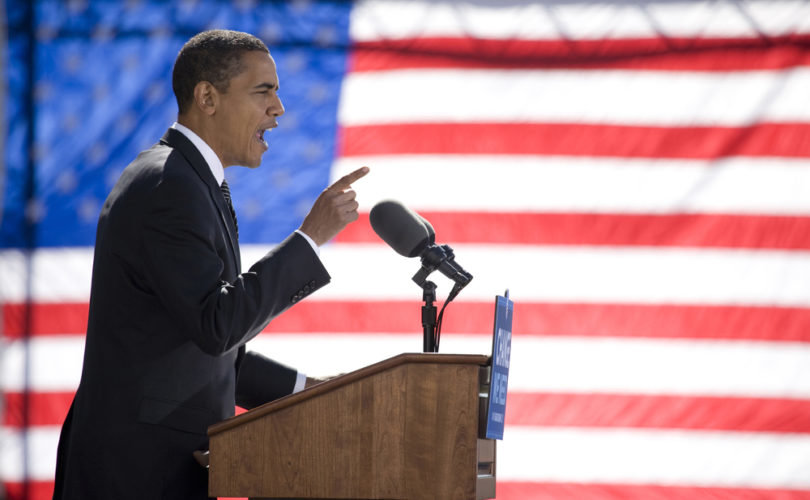 Four of Illinois’ last seven governors ended up in prison for corruption convictions ranging from bribery to racketeering.

And that’s just the tip of the iceberg in the state ironically known as the Land of Lincoln.

I doubt people truly grasped the meaning of the “Chicago Way” when they joked back in 2008 that Chicago politician Barack Obama took it with him to the White House.

But there are now plenty of examples of a lawless president who lets nothing stand between him and his agenda, which includes destroying political opponents  and foes alike.

Along the way Obama has also betrayed plenty of friends – Democrats, unions, immigration advocates, and even his pastor, to name just some.

But there is one friend Obama has never, ever let down – abortion, and more specifically, America’s #1 abortion provider, Planned Parenthood.

Obamacare was always anticipated to hand Planned Parenthood a flood of new money through government funded contraceptive sales and sexually or gynecologically related menial healthcare. Other perks have come by surprise, such as HHS bestowing Planned Parenthood a combined total of over $1 million in 2013 and 2014 to help citizens “navigate” Obamacare.

But Obama always denied Obamacare would fund abortion, even though everyone, including Planned Parenthood president Cecile Richards and Obama’s former chief-of-staff Rahm Emanuel (now mayor of Chicago) saw through the ruse.

Now, the ruse is up, although what difference will it make? Obama will continue to flout the law to subsidize abortion with taxpayer dollars, which both pro-lifers and abortion supporters know was always the goal. The Washington Examiner explains:

A new GAO report shows that Obamacare is failing on these counts.

Warning of “bogus claims spread by those whose only agenda is to kill reform at any cost,” for instance, President Obama told Congress in 2009: “And one more misunderstanding I want to clear up – under our plan, no federal dollars will be used to fund abortions, and federal conscience laws will remain in place.”

Nebraska Sen. Ben Nelson (now a healthcare lobbyist) became the 60th vote for Obamacare after supposedly winning a compromise from his party on abortion coverage. Nelson explained it this way:

The new GAO study shows that, instead, taxpayers are subsidizing abortions. Customers in five states have no abortion-free plans available to them, and in many states, customers can’t tell which plans cover abortion and which don’t.

What can be done?

Nothing without a Republican-controlled Senate. The House passed HR-7, which would eliminate abortion funding in Obamacare, but Democrat Senate President Harry Reid won’t take the bill up.

Congress could impeach Obama, but a Republican Senate is needed for that as well, and the GOP may be too chicken to bring Obama’s chickens home to roost.

Even then, would Obama sign such a bill? Based on his history of supporting abortion to the point of infanticide, I doubt it.

[“The Chicago Way” graphic via book cover by same name]

Reprinted with permission from Jill Stanek's.