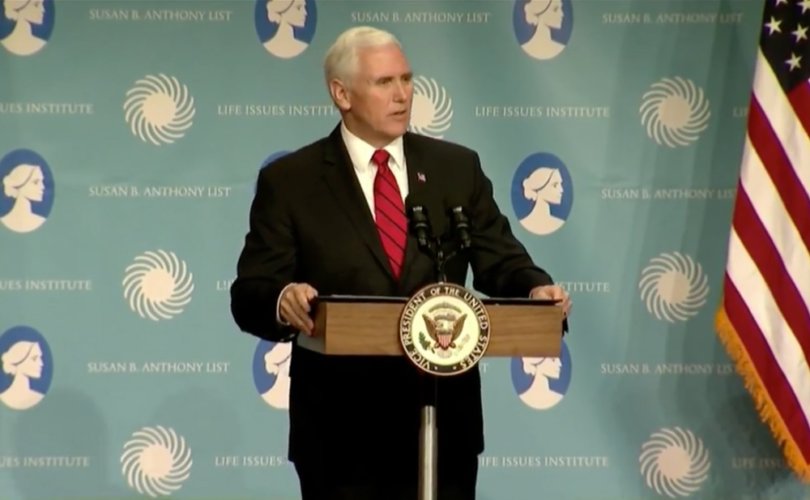 August 1, 2016 (LiveActionNews) — Indiana Governor and Republican vice presidential nominee Mike Pence claimed on Thursday that if he and Donald Trump reach the White House, “We’ll see Roe vs. Wade consigned to the ash heap of history where it belongs.”

“I’m pro-life and I don’t apologize for it,” the former Congressman said at a town hall event in Grand Rapids, Michigan. He went on to stress that judicial nominees alone were enough to make the 2016 election hugely consequential for the pro-life cause, as those decisions “will impact our Supreme Court for the next forty” years.

Pence holds a 100% pro-life record with the National Right to Life Committee and 0% scores with Planned Parenthood and NARAL. His most recent major pro-life action was signing Indiana’s law banning abortions for genetic abnormalities, race, or sex; requiring ultrasounds before abortions and admitting privileges for abortionists; and mandating that aborted babies be either buried or cremated by abortion facilities.

Trump, a former “very pro-choice” individual who changed his position in 2011, is a source of disagreement among pro-lifers as to his reliability in fighting abortion. His position as a presidential candidate is that abortion should be illegal except for rape, incest, or life-of-the-mother cases, and that Roe v. Wade should be overturned. In May, Trump released a list of likely Supreme Court nominees that gained widespread praise from pro-life leaders.