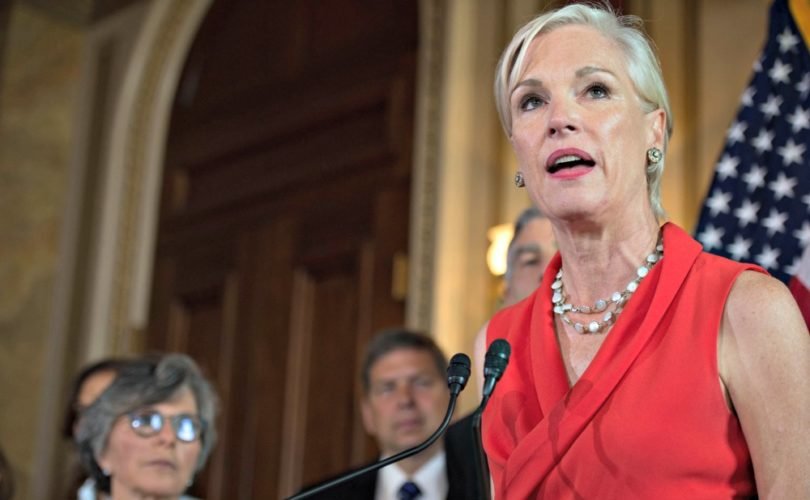 "Catastrophic decision for women in TX, whose access to safe & legal abortion will be wiped out in much of the state," tweeted Cecile Richards.Senate Democrats Flickr

Last week there were 21 abortion clinics in Texas, today there are eight.

Thanks to a federal Fifth Circuit Court ruling that allows the state to immediately begin enforcing part of a pro-life law that had been enjoined by a judge in April, the unshackled statute forces abortion clinics to meet the same physical requirements as other ambulatory surgical treatment centers. It also requires that abortionists have admitting privileges within 30 miles of a clinic.

Catastrophic decision for women in TX, whose access to safe & legal abortion will be wiped out in much of the state: https://t.co/PSe4uz55BB

This was interesting, since Planned Parenthood is largely to blame for the scorched earth abortion clinic landscape in its leader’s home state.

Two of Planned Parenthood’s five are brand new additions, built, ironically while independent clinics were filing a lawsuit claiming the stricter clinic guidelines would be nearly impossible to meet. How embarrassing.

It cannot be coincidental that Planned Parenthood placed these two new clinics in the same cities as existing rival independent abortion clinics – Dallas and San Antonio.

This in a state that is 268,601 square miles, larger than France and Greece  combined. There was nowhere else for Planned Parenthood to build?

This after Richards lamented that pregnant mothers might have to drive hundreds of miles to get an abortion. Planned Parenthood couldn’t spread abortion access around a bit?

I previously explained how Planned Parenthood has such deep pockets.

But one other aspect relevant here is why Texas independent mills have no nest egg, pardon the pun, to fall back on.

There are certainly those owners who don’t manage their finances well. But if 13 out of 21 clinics were forced to shut down today, having failed to improve – or make plans to improve – their facilities with over a year’s warning, there is something else going on.

That is, Planned Parenthood, with all its other resources, has been able to keep abortion market prices artificially low, forcing independent clinics to operate without any margin.

Planned Parenthood is able to come in to town like a Wal-Mart or a grocery store chain or any other big business and engage in price wars until the competition goes under. As a contender complained:

Ms. Hagstrom Miller… says she can’t match the nonprofit’s budget for advertising or clinic upgrades. She has carved her own niche by touting her care as more holistic – and by charging $425 for a first-trimester surgery at her Austin clinic, compared with $475 at the local Planned Parenthood….

“They’re not unlike other big national chains,” Ms. Hagstrom Miller said. “They put local independent businesses in a tough situation.”

This is how it came to be that so many indie abortion clinics were so financially weak when the Texas legislature passed HB2 last year, and how Planned Parenthood now owns 63% of the abortion clinics in Texas.

One year after HB 2: Half of Texas’ abortion clinics have closed
Texas abortion facility’s trail of botched abortions proves the need for admitting privileges