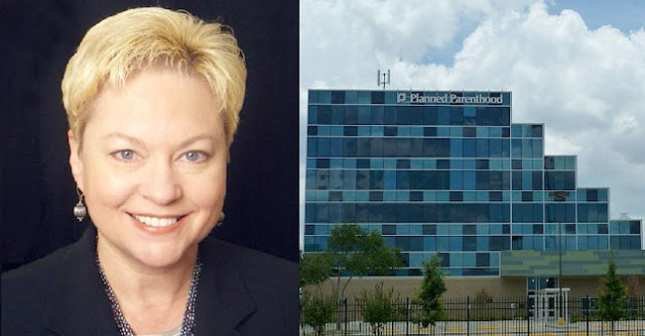 This morning, tens of thousands of viewers were horrified to see a video, shot inside a Planned Parenthood abortion facility in Texas, showing workers sorting through body parts of a dismembered 20-week gestation baby – body parts that the abortion giant sells to interested biomedical companies.

The video includes clear imagery of a tiny hand, clenched gently in a fist, attached to a dismembered arm. Two feet attached to dismembered legs swim amidst the baby's intestines.

It's gruesome. It's hard to watch. It's infuriating. It gives the lie to the abortion industry's claims that the unborn baby is just a “blob of tissue.”

So what does Planned Parenthood have to say, now that their barbaric practice of killing and dismembering babies for money has been exposed? Surely they must be embarrassed.

Check out this response from Melaney Linton, President & CEO of Planned Parenthood Gulf Coast, in whose facility the video was shot: “The latest tape shows an extremely offensive intrusion and lack of respect for women, with footage of medical tissue in a lab. These extremists show a total lack of compassion and dignity for women’s most personal medical decisions.”

Dear Ms. Linton: Not only have you completely missed the point, but if there's anything “offensive” about the video, or anything that demonstrates a “total lack of compassion,” it's the fact that it shows a dead baby being dismembered and sold for money.

And are you really going to try to pull the “medical tissue” line on us at this stage of the game? We've all seen the video Melaney! What kind of “medical tissue” has fully intact arms and legs?

Ironically, today's video comes days after Planned Parenthood Gulf Coast shared a meme on Facebook in response to the state's investigation of the abortion giant. “Planned Parenthood health centres in Texas do not currently participate in fetal tissue donation or research. There is nothing to investigate,” it stated.

That's kind of awkward. Because, well, as today's video graphically proves, it's a bald-faced lie.