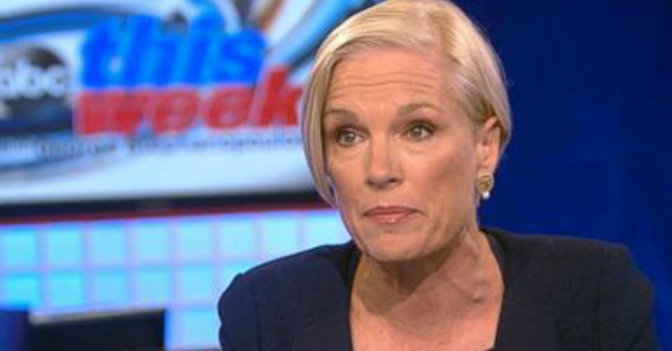 October 13, 2016 (LiveActionNews) — Recently, Planned Parenthood’s CEO Cecile Richards seemed unable to provide the answer to a simple question of when a baby’s life is worth protecting.

On Tuesday, Doug Wagner of WHO Newsradio in Iowa discussed Hillary Clinton’s view that constitutional rights for the unborn don’t exist. He then asked Richards her thoughts on the issue.

“Well, I don’t really, actually – I don’t know that there’s an exact answer for that,” Richards replied. “Because what the point is (inaudible) that women have and there are, as you know, restrictions on women’s ability to terminate a pregnancy – and when they can, but until a pregnancy is viable they have the right to make that decision.”

In April, on Chuck Todd’s Meet the Press, Hillary Clinton said she believes that unborn children have no rights until birth.

“When or if does an unborn child have constitutional rights?” Todd asked.

“Well, under our laws currently, that is not something that exists. The unborn person doesn’t have constitutional rights. Now, that doesn’t mean that we don’t do everything we possibly can in the vast majority of instances to, you know, help a mother who is carrying a child and wants to make sure that child will be healthy, to have appropriate medical support. It doesn’t mean that, you know, don’t do everything possible to try to fulfill your obligations. But it does not include sacrificing the woman’s right to make decisions. And I think that’s an important distinction that under Roe v. Wade we’ve had refined under our Constitution,” Clinton said.

In addition, Richards has claimed that David Daleiden of the Center for Medical Progress and the people behind the videos that expose the alleged sale of aborted baby parts are “part of the most militant anti-abortion movement that has been behind the bombing of clinics, the murder of doctors in their homes and in their churches….”

As CEO of Planned Parenthood, Richards rakes in an annual salary of $590,000.