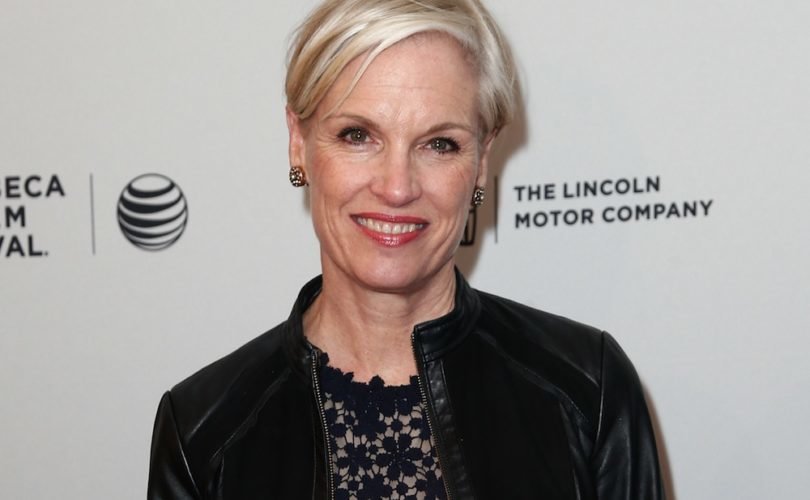 Most everyone knows by now the Supreme Court ruled in favor of religious freedom and against the Obama administration on Monday in its Hobby Lobby and Conestoga Wood decisions.

This was a stunning rebuke against not only President Obama but also pro-abortion HHS Secretary Kathleen Sebelius, whose office wrote the rules attempting to force employers with religious convictions to pay for abortion-inducing drugs. The contraception mandate was never passed by Congress.

I love this headline. Even if factually incorrect, it is accurate in the sense that Planned Parenthood stood to gain financially by the mandate and lost in the Hobby Lobby decision as well…

“Our opponents think they have momentum on their side,” wrote Planned Parenthood CEO Cecile Richards in a fundraising email on Monday, which was for once a true statement. When you consider the buffer zone and Hobby Lobby decisions, the vast number of abortion clinics closing, the horrific Gosnell scandal, the public opinion polls, the tsunami of pro-life laws being passed, and the 2014 political landscape, we do appear to have a bit of momentum.

Meanwhile, the other Supreme Court decision handed down yesterday was a major slam against the company for whom Richards’ husband Kirk Adams (pictured left) works. Adams is the International Executive Vice President of the Service Employees International Union, heading up its North America healthcare division.

Particularly since I’m from Illinois, I was also watching this court case. In Harris v Quinn (as in Illinois Governor Patrick Quinn) the Supreme Court struck down an IL law that forced Medicaid-paid home health care workers who were family members of those being cared for to pay dues to the SEIU. The mandate was originally the quid pro quo brain child of imprisoned former IL Governor Rod Blagojevich.

World Socialist Website explains the back room deal, the likes of which are too common in the Land of Lincoln:

[T]he case is remarkable as a further exposure of the extent to which the unions – in a period of declining popular support and membership – have sought to secure their dues revenue streams by entrenching themselves in the corporate and government superstructure….

Since they cannot rely on popular support, unions are increasingly looking to secure their dues revenue streams by backroom deals with government and corporate officials. It is significant that the IL home health care workers were not unionized in a popular struggle for better wages and working conditions, but by an executive order from Blagojevich.

This executive order was a windfall for the SEIU, which thereby acquired hundreds of thousands of workers who were compelled by law to pay tribute to the union in perpetuity. According to the Supreme Court, the SEIU-HII was raking in over $3.6 million in dues each year from the personal assistants under the deal.

It is worth noting that Blagojevich – who established the Illinois regime for home health care workers – was subsequently convicted on federal corruption charges. Among the charges was that Blagojevich attempted to sell President Obama’s federal Senate seat in return for a job at an SEIU affiliate that paid $300,000 a year. According to the Wall Street Journal, the SEIU contributed about $1.8 million to Blagojevich’s two campaigns for governor, receiving the home health care workers’ yearly tribute in return.

Recall Obama was perfectly willing to shut down the government in 2011 to keep Planned Parenthood on the public dole – to the tune of over $500 million a year.

But both Planned Parenthood and the SEIU were blocked yesterday, making for a depressing mood at dinner for Cecile and Kirk, to be sure.

Hope their house staff thought to put away the knives.