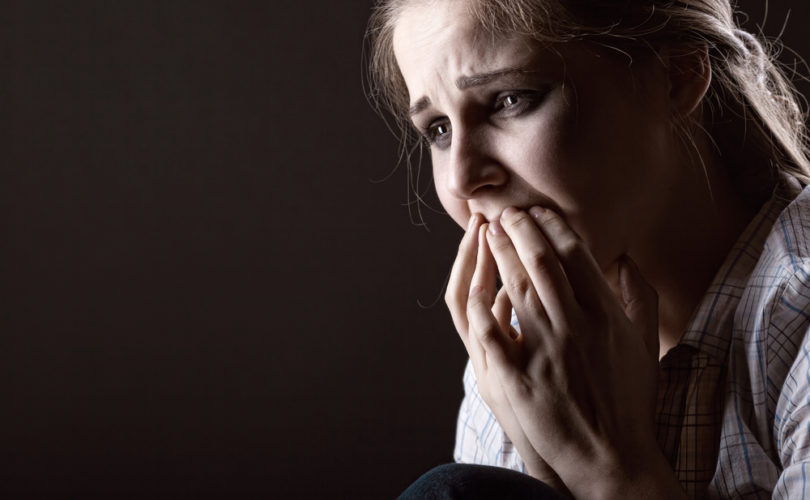 January 5, 2016 (LiveActionNews) — In November of 2014, a woman who identified herself only as Hope told her story of witnessing what sounds like a D&E abortion at Planned Parenthood. She was a sign language interpreter, and was hired by Planned Parenthood to communicate with deaf patients.

At first she only translated for patients who were having ultrasounds, but later she was called upon to interpret for a woman having an abortion.

The procedure described by Hope sounds like a D&E, the most common late-term abortion method. Here is a chart of a D&E operation. You can see that the procedure shown looks like the one that Hope describes. The abortionist reaches in with forceps and tears the baby apart, limb from torso.

What Hope saw would lead her to resign immediately. She says:

At 10:30 sharp, we entered the operating room. That’s when my stomach started to turn. Previously, when I’d read “medical procedure,” it had been for ultrasounds. But this was different – we were in an OR. The lights were too bright for the size of the room. There were cold-looking metal objects on a table. I was in an abortion.

I tried to remain calm. I interpreted back and forth, but when the murder began, I lost it. As I watched the doctor pull this life out, limb by limb, I couldn’t help but let the tears start to fall. What I had thought would be just lumps of blood clots were body parts. Arms, a torso, legs, and a head. I felt as if I was suffocating. As soon as it was over, I ran from the room. I collapsed in the hallway and sobbed uncontrollably. To this day, I haven’t cried like that since. A security guard rushed me into his office. I realize now that it was probably not to console me, but because I was scaring the patients.

I quit my job that afternoon. I went into the manager’s office and signed my papers. Abortion was not a strong enough word for what I had witnessed. Murder wasn’t even good enough a word. To me, murder implied that the person might have been capable of fighting back. No, this was a slaughter.

I don’t think I will ever fully recover from what I saw that day.

Here is how Planned Parenthood describes a D&E abortion on their website:

Your health care provider will examine you and check your uterus. You will get medication for pain. You may be offered sedation or IV medication to make you more comfortable….

Medical instruments and a suction machine gently empty your uterus

A D&E usually takes between 10 and 20 minutes

According to Planned Parenthood, all Hope saw was a uterus being gently emptied by medical instruments – not a baby being torn apart and dismembered.

Keep in mind that the description on Planned Parenthood’s website is meant to educate Planned Parenthood’s pro-choice followers as well as inform possible abortion patients. Perhaps Planned Parenthood knows that if they are honest about what goes on in a late-term abortion, many people will be horrified enough to abandon their pro-choice activism or even switch sides. And the pregnant women,  of course, might have second thoughts about having this type of abortion.

Once again, the reality of what goes on in Planned Parenthood is far different than what they present to the public.