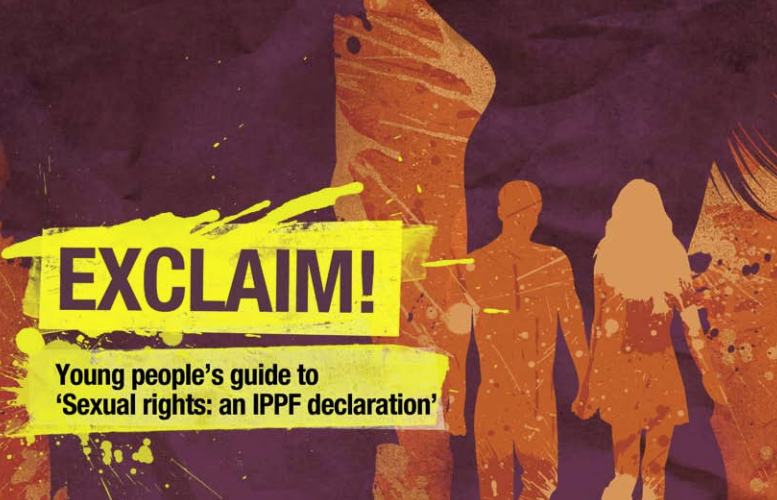 Planned Parenthood, the same organization currently under investigation for illegally selling the body parts of aborted babies, has taken on the role of Sex Educator in our public schools, teaching children as young as 10 that they have the right to “sexual pleasure.”

The International Planned Parenthood Federation showcases their work with children in their guide EXCLAIM! Young people’s guide to ‘Sexual rights: and IPPF declaration.’  The IPPF’s aim is to guarantee sexual rights for all young people so they are “able to explore, experience and express their sexualities in healthy, positive, pleasurable and safe ways.”

IPPF says that sexual rights are the same as all other human rights: “universal, inalienable, indivisible, interrelated and interdependent” – unless of course we’re talking about the right to be born. IPPF actually promotes the idea that “sexuality is a central aspect of being human during all phases of each person’s life.”

Here are some more shocking quotes from IPPF’s declaration:

1) “There is a common assumption that young people are incapable of making decisions for themselves, so parents or other adults should have full authority over decisions related to their sexuality.”

Yes, young people are incapable of making good decisions until they are well into their twenties. It’s actually scientifically proven, but, as we know, Planned Parenthood is known for its denial of science, especially the fact that life begins at conception.

2) “Since each young person develops at their own pace, there is no universal age at which certain sexual rights and protections gain or lose importance.”

So at what age do we protect children from sexual predators who trick them into relationships through lies and deceit? According to IPPF, any child, at any time, could be ready for sex – so who are we to stop them?

3) “All young people are entitled to sexual well-being and pleasure, whether or not they want to have children.”

Because apparently pregnancy is not a direct result of sex and children and young people should be free to have sex without having the expectation that they should ever bear a child from it without wanting to.

5) Young people are entitled to “autonomy to make decisions about one’s sexuality in line with the evolving capacity of young people and without forceful interference from parents, guardians or other adult figures.”

“Forceful interference from parents”? I think we call that good parenting.

6) Young people are entitled to “removal of laws that require parental, spousal or guardian consent that discriminate against young people based on age or gender and prevent young people from accessing sexual and reproductive health services.”

Because you can’t take Advil at school without a parent’s permission, but you can obtain dangerous birth control or receive an abortion that could kill you without your parents’ knowledge.

7) Young people are entitled to “access to a wide range of contraceptives and to the newest advances in reproductive technology.”

Because that’s what makes customers for Planned Parenthood – and they make a good amount of money from birth control and other services. And when even that “advanced” birth control fails, guess what? More abortion customers.

8) Young people are entitled to “liberalisation of abortion legislation to enable all young women to access safe abortion care.”

PP played huge role in creating the National Sexuality Education Standards promoted by the United States government. According to PP, they reach 1.5 million young people each year with their sexual education teachings. This is extremely bad news for our youth and for the future.

According to the American College of Pediatricians, adolescent sexual activity is actually detrimental to young people, especially girls. They recommend and endorse abstinence until marriage and say that adolescent sexual activity is “detrimental to the well-being of all involved, especially young women, and society at large.” Children ages 10-19 are at a higher risk for contracting STDs due to an increased number of sexual partners and to the “immaturity of the cervical tissue of girls and young women.” Most teens who have been sexually active regret it.

But Planned Parenthood chooses to ignore the science and data once again. Why? Because they make their money by playing the role of the stranger offering candy to children. They tell children they should be having sex and they offer them empty promises and lies. They teach our children how to engage in sexual activities that most of these children have likely never even thought of at 10 years old.  They make children feel as though they aren’t normal if they don’t partake in these sexual activities.

When these same children become pregnant or infected with an STD after listening to Planned Parenthood’s advice, PP is there to make more money from them. All the while, they are the ultimate wolf in sheep’s clothing.

Nothing but the devil in disguise.