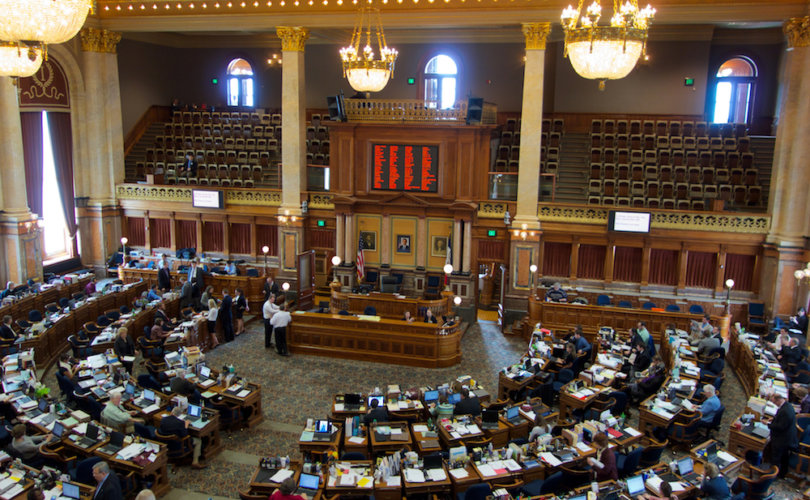 Amid significant pro-life support and pro-Planned Parenthood pushback, Iowa Senate File 2 won approval along party lines a little more than a week ago. It then moved to the House, where the bill is expected to pass before receiving Gov. Terry Branstad’s signature.

The legislation prompted a full-page ad from Planned Parenthood Voters of Iowa PAC in Sunday’s Des Moines Register, claiming that the loss of federal and state taxpayer funding for the abortion giant “would be a health crisis for Iowa.”

But what’s deceptive about the ad is that about a third of the 48 “community” members in the ad are individuals who have skin in the abortion giant’s game.

Iowa Right to Life Committee spokeswoman Jenifer Bowen wrote a letter to the Register and shared it with supporters via email Monday morning, telling them she could not remain silent.

“This is another example of Planned Parenthood creating misleading advertising,” she stated, “by trying to make these people look like random medical professionals, instead of the PPH insiders that they are.”

The ad states that “as medical professionals we have grave concerns that Senate File 2 is an ill-conceived effort to prevent one of our state’s best qualified family planning organizations from providing evidence-based services such as breast and testicular exams, STD testing and treatment, and well-woman exams to those who need it most.”

It also has been repeatedly shown that while the abortion business claims to perform mammograms, it in fact does not, and refers women elsewhere for the procedure.

The Charlotte Lozier Institute reports that in Iowa there are 213 better alternatives for women’s healthcare to 13 Planned Parenthood locations, a 16 to 1 ratio.

Additionally, the abortion giant has been closing centers despite enjoying a steady increase of funding under the Obama administration, according to a recent Live Action report. And while its patient numbers have decreased, the abortion chain has been netting tens of millions in profits each year.

The Iowa Planned Parenthood ad goes on to say; “There is simply no evidence to support lawmakers’ claims that this proposed legislation is in any way beneficial for Iowa.”

“The bill will not leave women unable to find quality healthcare and in fact will offer them more choices,” Iowans for L.I.F.E. executive director Maggie DeWitte said while waiting with a group of pro-life mothers and their children as the legislation advanced out of the Senate committee. “As these mothers know, all women, including low income women, deserve a healthcare center that offers all their health care needs.”

Bowen’s list of Planned Parenthood flatterers in the “Iowa Medical Community” from the ad included: