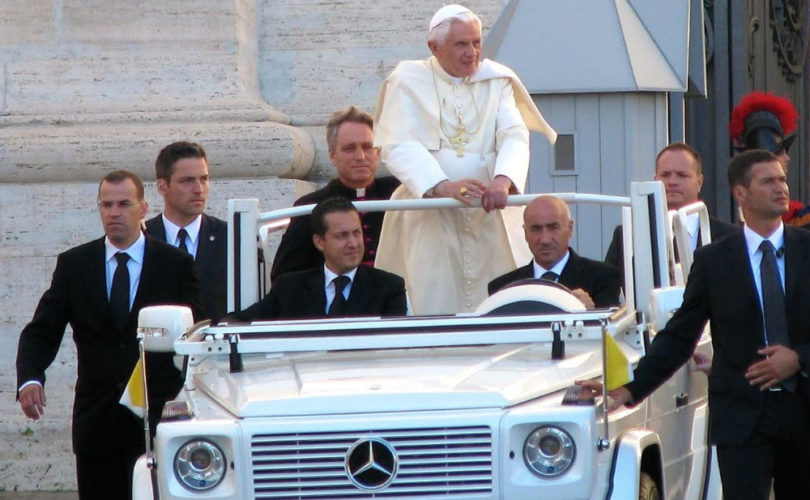 Vatican watchers are pointing to a letter written by Pope Emeritus Benedict XVI this week as an indication of his approval of Vatican Cardinal Raymond Burke who is soon to be ousted from his Vatican post and given a mere honorary position.

The pope’s letter came in response to an invitation to attend a traditional Latin Mass celebrated in St. Peter’s Basilica by Cardinal Burke. He had to decline the invitation because he lives as a “cloistered monk,” leaving the cloister only when “personally invited by the Pope.”

“I am very glad that the Usus antiquus [the traditional Latin Mass] now lives in full peace within the Church, also among the young, supported and celebrated by great Cardinals,” wrote Pope Emeritus Benedict.

Vatican expert Sandro Magister points out today that in writing thus, Pope Benedict is including Cardinal Burke among ‘great Cardinals’ even though Pope Francis is set to deny him both a role in the curia and the leadership of a diocese.