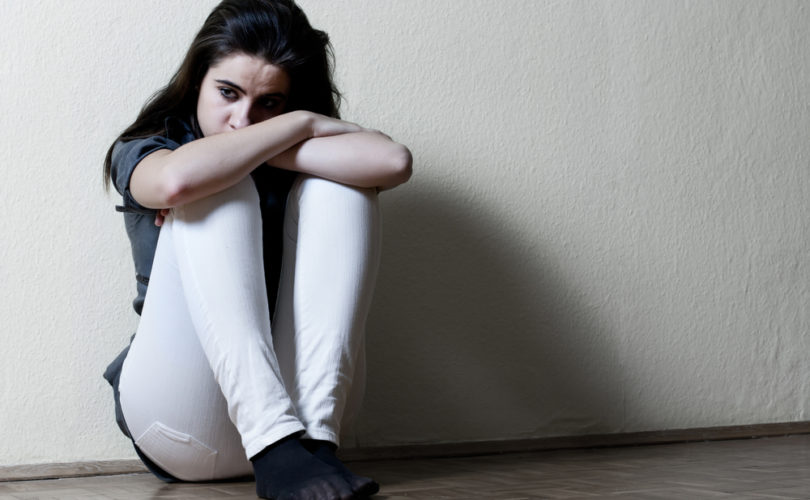 (LiveActionNews) – K Kaufmann wrote a book called The Abortion Resource Handbook, which is meant to guide women through their abortion decisions. It is aimed specifically toward women considering abortion. To put it mildly, the book takes a pro-choice position. In one passage, the author encourages teens not to tell their parents:

However sad or angry you feel right now, keep in mind that not involving a parent is often a sign of maturity – that you are able to make and take responsibility for your own decisions. Keeping the pregnancy and abortion a secret may even turn out to be a positive experience. For many young women, it may be one of the first times they make an important or life-changing decision on their own, and they may feel more confident and better about themselves as a result.

Is this really good advice to give to a frightened teenager who is panicking about an unplanned pregnancy? Many, many teenagers fear telling their parents about their pregnancies. This is usually not because they fear abuse. Rather, it is simple panic about what their parents would think, and their fears are often unfounded.

A pro-life sign seen at the recent March for Life captures the issue in a powerful way. The sign shows a pregnant teenager thinking “my mother will kill me.” Her unborn baby, nestled in her womb, is also thinking “my mom’s going to kill me.” Despite what teenagers think, they are usually not in danger from their parents. It is their babies who are in danger, their babies who will lose their lives.

A teenage girl may not follow the aftercare instructions from an abortion clinic, if any are given. She may be in dire straits if she begins to bleed heavily after the abortion or have another complication. Afraid to tell her parents about her condition, she may hide any physical problems that could result.

Unable to simply drive herself to an emergency room, unwilling to call 911 for fear of her parents finding out, the girl may ignore warning signs of a problem until it becomes extremely serious and life-threatening. Also, parents who are unaware of the abortion won’t be able to monitor their daughter’s condition. They will not know to look for warning signs of a complication.

And then there is the emotional toll that abortion takes on a teen. Unable to tell her parents, she may come to see her abortion as shameful thing that must be hidden. She can become caught a web of lies and evasions. She may feel alienated from her parents. And if she suffers post-abortion depression, as many teenagers do, her parents will not know how to help her.

Teens who have abortions are at greater risk of suicide. One study found that the suicide rate of post-abortion teens is 10 times higher than that of teens who did not have abortions. Parents may find themselves with a suicidal, depressed child and have no knowledge of what is causing or exacerbating her depression. They will not know to be looking for the warning signs of suicide in their teen.

The author of The Abortion Resource Handbook has no idea who is picking up the book and reading it. The author doesn’t know the individual reader or her struggles. The author has no idea if the impressionable young teen who reads that it’s an act of courage not to tell her parents will develop a fatal complication after her abortion, or become suicidal. These are real human beings who are being given bad advice.

Instead, the author gives advice with impunity, divorced from the situation, never having to see the impact of what’s in that book.

Parents need to talk to their teens about abortion, and maintain lines of communication. They must let their teenage girls know that they can come to them with any problem, and that they will not be thrown out of the house or horribly punished if they make a mistake and become pregnant. Neither parents nor teens need a pro-choice author telling teenage girls to keep their abortions secret from their parents.