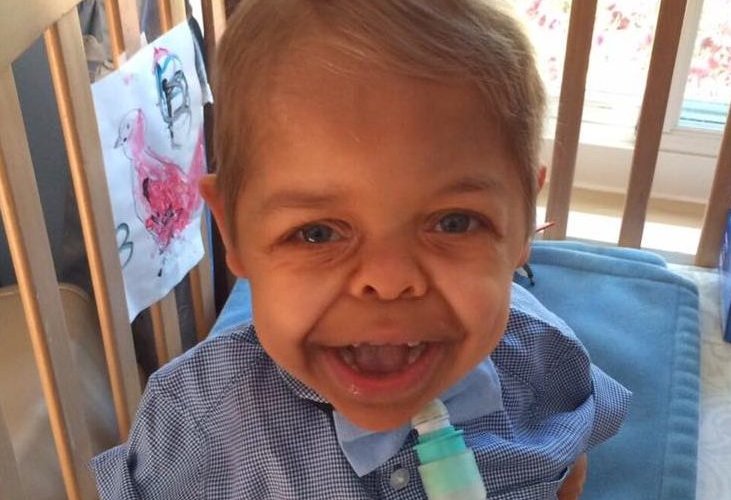 11-year-old Samuel Manns parents refused abortion for their son who was not supposed to live more than a few months after birth.

March 10, 2017 (LiveActionNews) — Special Books by Special Kids is an organization that believes everyone deserves acceptance. It’s founder, Chris Ulmer, travels the world meeting children with different abilities and shares their stories with the world via social media. His goal is to “normalize the diversity of the human condition.” In a Facebook video, he introduced the world to 11-year-old Samuel Mann, who wasn’t supposed to live more than a few months after birth.

Samuel was born with a rare form of dwarfism called Thanatophoric Dysplasia. His mother Ellen said it means “death brain” in Greek and his father said that doctors offered them little hope that Samuel would survive.

“I suspect you probably heard from my wife. She was offered an abortion multiple times,” he said in the interview.

“The first time it was actually proposed, the term therapeutic abortion was used,” explained Ellen Mann. “We were being told that Samuel would only have a little time possibly after he was born, and even if I had just that little time I wanted that with him.”

Samuel is working on verbal communication but otherwise uses some sign language. He has a brilliant smile and his father is amazed at how he can light up a room. The first time he said “mom,” his mother said she “just about fell over.”

While he weighs just 25 pounds, he is defying the odds and brings joy to those around him.

“There’s definitely some people out there that think he should just die,” said his father. “This is a terrible diagnosis that can’t be survivable. The point is it can be survivable. There’s probably a lot of other diagnoses similar that can be survivable. And I think it’s actually — from my point of view — the work you put into it is worth it because you get this beautiful, happy child that surprises you every day.”