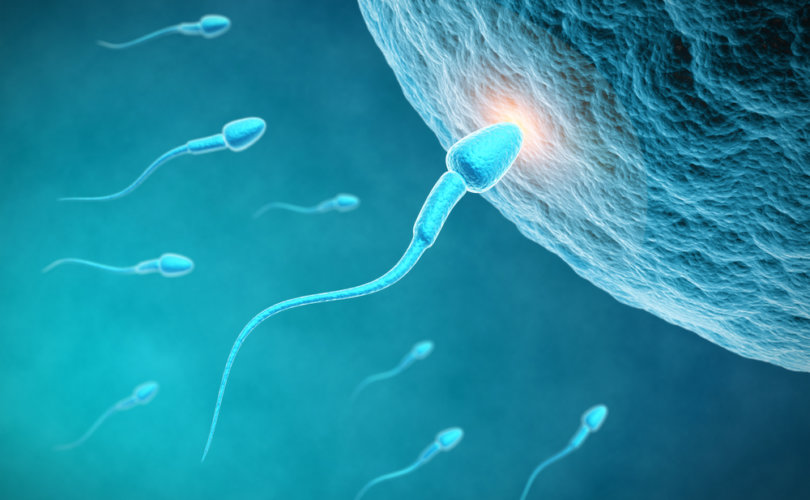 May 3, 2016 (LiveActionNews) — Abortion advocates often claim as a defense of abortion that no one can really, truly define the moment life begins. Without knowing that, they say, there’s no real argument against abortion. Consider, for example, Melissa Harris-Perry’s insistence that life begins “whenever you feel like it does.” Obama famously said that the question of when life begins was above his pay grade. While the science of embryology has long been settled, it’s still not good enough for abortion activists.

But a new scientific breakthrough might go a long way towards changing hearts and minds: scientists have been able to capture the moment life begins, with a bright flash of light as a new life is conceived…

Human life begins in bright flash of light as a sperm meets an egg, scientists have shown for the first time, after capturing the astonishing ‘fireworks’ on film.

An explosion of tiny sparks erupts from the egg at the exact moment of conception.

Scientists had seen the phenomenon occur in…animals but it is the first time is has been also shown to happen in humans.

The photos included were not of actual embryos being created — the scientists used a sperm enzyme to replicate the incredible moment that life begins.

Unfortunately, rather than using this discovery to defend life, scientists are using it to better discern which lives to destroy.

Researchers from Northwestern University, in Chicago, noticed that some of the eggs burn brighter than others, showing that they are more likely to produce a healthy baby.

… “This means if you can look at the zinc spark at the time of fertilization, you will know immediately which eggs are the good ones to transfer in in vitro fertilization.

“It’s a way of sorting egg quality in a way we’ve never been able to assess before. “All of biology starts at the time of fertilization, yet we know next to nothing about the events that occur in the human.”

So basically, the scientists are advocating for embryos to be created in order to facilitate IVF, and then destroyed if they don’t seem to be the healthiest, strongest embryos. The ones with a dimmer glow are deemed to be weaker, perhaps because of a genetic abnormality, and so after creating their unique lives, scientists plan to destroy them. This is even though science has also just confirmed that babies with abnormalities can self-correct while still in the womb. People who are undergoing IVF are often encouraged to destroy “defective” embryos, ending the lives that were just created, without giving the embryos any chance at all to grow and develop, and certainly without placing any value on the uniqueness of each human life.

As Secular Pro-Life pointed out:

[T]he article is refreshingly clear about conception being the point where life begins. There is no obfuscation. The very first line of the article is “Human life begins in bright flash of light as a sperm meets an egg, scientists have shown for the first time, after capturing the astonishing ‘fireworks’ on film.”

Which is why the rest of the article is so incredibly disturbing.

Agreed. It’s sad that such a life-affirming discovery is being used to further the culture of death.