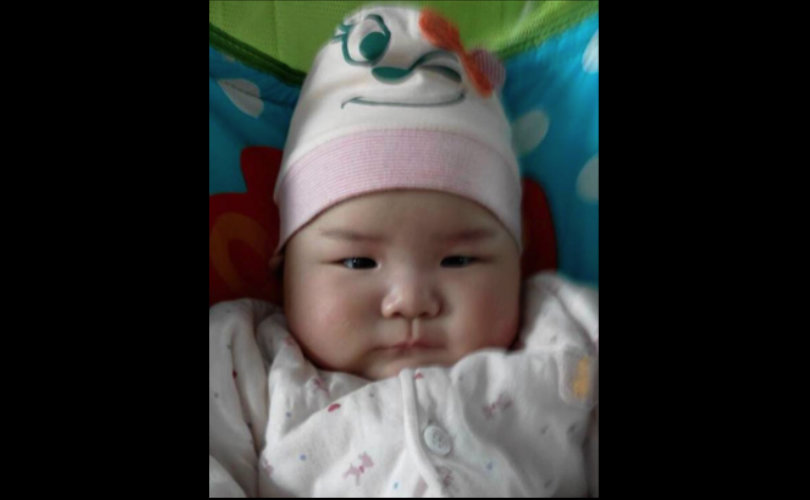 December 15, 2016 (WomensRightsWithoutFrontiers) —  As 2016 drew to an end, Women's Rights Without Frontiers was celebrating the saving of another precious girl from sex-selective abortion or abandonment through its “Save a Girl” Campaign.

Then, Ai Jia’s mother found out that she was pregnant with yet another girl. Her mother-in-law began to pressure Ai Jia’s mother again, insisting that at least she give this baby to a childless couple living 300 miles away from their remove village. Ai Jia’s mother would never see her daughter again. She did not know what to do.

An undercover fieldworker from Women’s Rights Without Frontiers arrived at her door just in time with a message of hope and the resources to back it up. She offered Ai Jia’s mother a monthly stipend for a year to help her keep Ai Jia.

Ai Jia’s mother had already had two sex-selective abortions. Because of emotional encouragement from WRWF’s fieldworker and financial support from donors worldwide, this distraught mother is joyfully raising her beloved daughter.  She said that she is grateful that people from a faraway land have protected her and her daughter from mistreatment by their own family.

Reggie Littlejohn, president of Women’s Rights Without Frontiers, stated, “When I feel discouraged by continued reports of coercive population control in China, I turn to the faces of the hundreds of baby girls we have saved. Each of these lives is infinitely precious. We are not only saving the girls themselves, but we are saving their mothers from the trauma of being pressured into aborting or abandoning their daughters against their wills. Not only that, we are saving the future children, grandchildren and all future generations that will be born because these girls were allowed to live. Saving just one girl is worth all the effort I’ve put into my work in China over the years.”