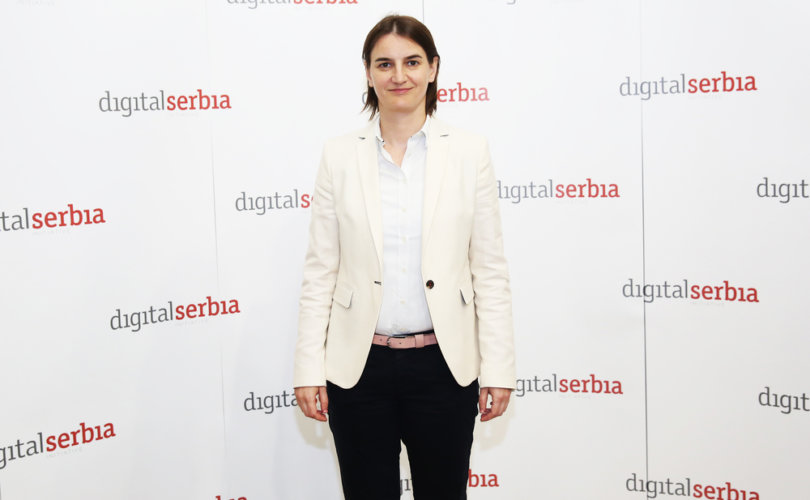 June 22, 2017 (LifeSiteNews) — The trend toward gay prime ministers in Europe may have just hit a thick Serbian wall.

When Serbia’s president nominated lesbian Ana Brnabic last week as prime minister-designate, parliament’s approval was viewed by most observers as a formality.

However, many members of parliament are refusing to vote for Brnabic precisely because of her sexual orientation, preventing her easy confirmation. If parliament fails to give its seal of approval, the matter will be turned over to the people of Serbia for a “snap vote,” which is a type of quick general election.

It was just a week ago that the gaying of European leadership was hailed as inevitable. Luxembourg already had ‘openly gay’ Prime Minister Xavier Bettel, who is ‘married’ to another man. Then earlier this month Ireland installed homosexual Leo Varadkar as the Emerald Isle’s new prime minister.

With the nomination of Brnabic, the pace seemed to be suddenly accelerating. No longer.  Serbia appears to be slamming on the brakes.

After her nomination, Brnabic told the Associated Press, “Hopefully, this will blow over in three or four days and then I won't be known as the gay minister.”

It isn’t “blowing over.”

The vote in Parliament, originally scheduled for this week, was delayed until next week.