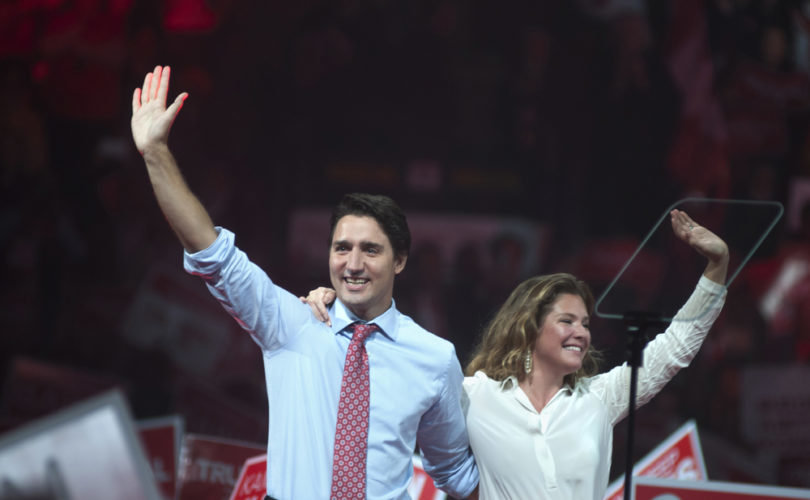 October 20, 2015 (CampaignLifeCoalition) — I spent a long time staring at my computer wondering what I was going to say for this post. I know I had to say something, I just didn’t know what that something actually was. So instead of trying to write something poetic and inspirational, I’m just going to speak from the heart.

It’s been a long year. I spent the first part of 2015 planning to live in a #No2Trudeau bus, and then spent the second part actually living on the bus. We helped deliver a million postcards across the country and when that was done, started the long and arduous journey of campaigning for pro-life candidates every single day, on weekends and on holidays. Which takes us to today: more than half of our pro-life MP’s gone (including those that retired), a Liberal majority government, and one of the most pro-abortion Prime Ministers in the history of Canada. Many people say Canada can’t get any worse when it comes to abortion regulations since, well, we don’t have any, but it can. And it will. Justin Trudeau’s promise to bring abortion to Prince Edward Island, fund abortions overseas and his overall support of euthanasia pretty much signs the death certificates of vulnerable people everywhere.

Not what you’re wanting to hear, right? It’s not what I want to say either. But it’s necessary. It’s necessary to acknowledge our failures, so that history does not repeat itself. It’s necessary to learn from our mistakes, so that we become stronger than we’ve ever been before. Now is not the time to give up. It’s the time to wake up. This election was not a defeat; it was a setback. And every setback brings a comeback.

We must be a contender in the next election. Not because of our egos. Not because of our pride, but because lives literally depend on us. We must step up. We must rebuild the pro-life consensus and revitalize the pro-life base. And by revitalize, I mean putting our energy into effective campaigns, not familiar ones. So that when the election is finally called, we’re ready. We have an army on the ground that nominates and elects pro-life candidates. An army that changes the outcome of elections. An army that is instrumental in finally and inevitably passing pro-life legislation in our lifetime.

As Justin Trudeau said in his victory speech last night, ““A positive, optimistic, hopeful vision of public life is not a naive dream: It can be a powerful force for change.” Let’s take his words to heart and defeat him once and for all.