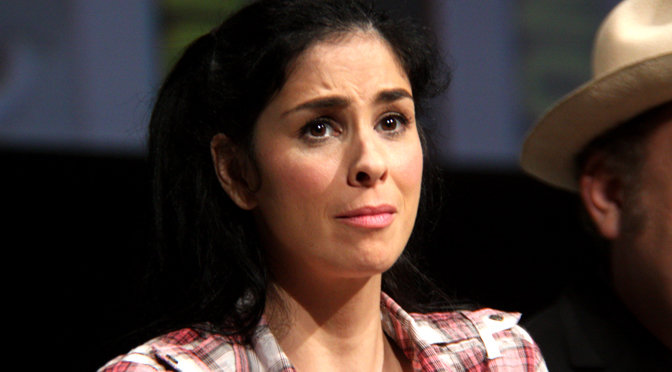 September 9, 2015 (LiveActionNews) — While most of the country tries to wrap their minds and hearts around the horrors Planned Parenthood has been performing behind closed doors, there are some celebrities who will back the organization no matter what.

The actress, who has admitted to molesting her sister, is a big fan of Planned Parenthood. She even went topless, oddly enough, to promote her t-shirt designed to show support for the PP Action Fund. She urged women to vote in favor of PP in 2014.

Planned Parenthood supported Dunham’s book tour, and, in July, Dunham returned the favor when she came out in support of PP after the first undercover video exposed the non-profit for illegally selling aborted baby parts. Dunahm will stop at nothing to promote and support abortion and PP.

Johansson created her own shirt to support PP which said, “Hey Politicians! The 1950s called… They want their sexism back!”

Banks is in the same boat as Johansson – she’s either completely misinformed or completely lying. In 2012, she starred in a video for Obama and Planned Parenthood, where she said that less than 5% of PP’s services are abortion related. If she wasn’t just toting the party line, she would know the truth: abortion makes up 94% of Planned Parenthood’s pregnancy services for women who are confirmed to be pregnant.

Bell actually joked that she supports Planned Parenthood so that her daughters can “have access to birth control behind my back one day.” She also called sex “inevitable,” as if people don’t have the ability to stop themselves from having sex. Bell has made it well known she stands with PP, perhaps even at the expense of her own daughters’ health and lives.

The actress, formerly of Grey’s Anatomy, joined the Planned Parenthood Board of Advocates in 2005. Three years after that, she was given a PP Maggie Award to thank her for standing up for abortion. It’s likely her support won’t fade without a miracle.

Moore joined in with Mary J. Blige and President Obama in support of Planned Parenthood with a video they made called “Yes we plan.” The video says that women should have the right to make their own choices about abortion, with no regard, of course, for the baby involved. Moore tweeted her continued support for PP after the undercover videos had been released.

Comedian Silverman is very vocal about her support for Planned Parenthood, but when it comes to the undercover videos, she might be the worst offender. She tweeted: “Abortion is still legal in the great U.S of A. It would be insane not to use fetal tissue 4 science & education in such cases.”

Apparently, it doesn’t matter to Silverman that the “science” is illegal and done behind the backs of these children’s mothers. In the first undercover video, PP Federation of America’s Senior Director of Medical Services admitted that she uses the illegal partial-birth abortion procedure in order to illegally supply intact aborted babies to buyers.

It’s time to stop supporting celebrities who support Planned Parenthood. After all, they receive too much praise and attention for what they do as it is – they’ve become false idols and bad role models worshipped by millions. But when they use their celebrity status to promote the killing of babies, the mistreatment of women, and the illegal actions of a powerful organization, they partner with evil.