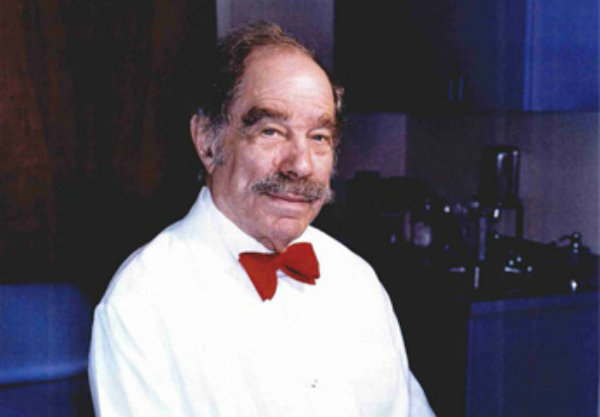 Rashbaum admitted that he frequently had nightmares about aborted babies and called abortion the 'destruction of life.'

Some pro-lifers have been known to compare abortion to the Holocaust. These comparisons infuriate many people. While the loss of human life due to abortion in the United States, over 55 million as of this year, is staggeringly high, most people would see a major difference between the hidden violence of abortion and the torture and incarceration of Jews and others in concentration camps. It is not a comparison that I myself, would readily make.

But it may come as a shock to many that one of the first people to publicly make the comparison between abortion and the Holocaust was not a pro-lifer, but a practicing abortionist.

Dr. William  Rashbaum, who died in 2005, performed thousands of abortions in his lifetime. He did both early and late term abortions for women who came to him and paid for his services.

Way back in 1977, he was interviewed by a reporter named Norma Rosen of The New York Times Magazine.

Rashbaum told Rosen that he sometimes had troubling thoughts while doing abortions, as well as disturbing dreams about aborted babies. One image that often haunted him was the mental picture of a preborn baby hanging onto the walls of her mother’s womb with her tiny fingernails as Rashbaum tried to abort her. Rashbaum, of course, saw the torn apart bodies of aborted babies daily. The fact that he had disturbing thoughts and dreams is not surprising. But what he said next is.  When Rosen asked Rashbaum how he dealt with the disturbing image of the struggling baby. Rausbaum replied:

Learned to live with it. Like people in concentration camps.

Seemingly taken aback, Rosen asked the abortionist if he really meant to make such an extreme comparison. Rashbaum answered:

I think it’s apt – destruction of life. Look! I’m a person, I’m entitled to my feelings. And my feelings are who gave me or anybody the right to terminate a pregnancy? I’m entitled to that feeling, but I also have no right communicating it to the patient who desperately wants that abortion. I don’t get paid for my feelings. I get paid for my skills… I’ll be frank. I began to do abortions in large numbers at the time of my divorce when I needed money. But I also believe in the woman’s right to control their biological destiny. I spent a lot of years learning to deliver babies. Sure, it sometimes hurts to end life instead of bringing it into the world.

It may have hurt, but it didn’t stop Rashbaum. He would not stop performing abortions until his health forced him to retire almost two decades later.

Rashbaum was profiled in Mother Jones in 2003. Once again, he mentioned his nightmares about an aborted baby holding onto the uterine walls of a woman he was doing an abortion on. If he still felt that he was comparable to a Nazi, however, he did not mention it.