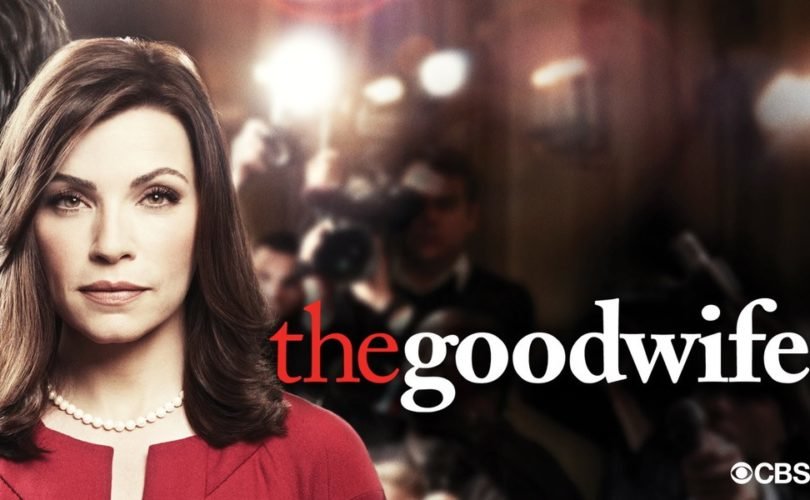 November 24, 2015 (LifeSiteNews) — On Sunday night, CBS's The Good Wife tackled the Center for Medical Progress's Planned Parenthood videos by having one of the show's main characters, a pro-abortion woman, defend a pro-life group that did undercover videos. And while the episode certainly had its flaws, it was solid enough for media bias reporter and fact-checker Katie Yoder of the Media Research Center to tell me that “The Good Wife did a terrific job.”

When Katie and I agree with folks at Bustle and Mashable, you know that a) the show really did cover the issue well, or b) the Apocalypse is coming faster than you realized.

Either way, a few reactions, starting with the bad:

1. The episode did seem to have a liberal bias, with the main pro-life “witness” being a woman who was pro-abortion until she saw a chance to make some cash by suing the clinic that gave her an abortion 10 months earlier.

2. The “War on Women” made a cameo appearance.

3. The pro-life group received several unfavorable rulings from a judge who put a hold on releasing the videos, in part because they violated a non-disclosure agreement at a conference.

So far, not so good: pro-lifers broke the law when ambushing the abortionist, and they are relying on an opportunistic witness looking for some quick cash and/or attention.

2. Diane is pro-abortion. However, she takes the case because she believes that blocking the release of the videos is a violation of the First Amendment.

3. Likewise, when a pro-abortion client says the videos are part of a “War on Women” and wants the videos blocked, Diane says she believes that the “pro-choice” arguments can survive scrutiny – at which point the abortion advocate gets infuriated.

4. It was a little overdone, but in her two spoken lines, the pro-life client is very representative of the compassion and love that drive pro-life advocates when she thanks Diane for taking the case.

5. Perhaps most importantly, the judge who issued the order is a friend of Diane's. He's also an abortion supporter who tells her in a private conversation to drop the case because it is simply part of “right-wing” and “Republican” attacks.

Later on, when she calls him out for bias in the court, he says that nothing on the record shows any bias. She then publicly reminds him of the conversation they had.

In other words, the show gave a prime example of pro-abortion judicial activism.

6. At the end, Diane – who took the case despite her pro-abortion beliefs – loses the company several clients, including the abortion group. As Yoder noted, the episode “makes the left/pro-choice side look very intolerant and biased (especially as they attack one of their own for standing up for free speech).”

For even giving the pro-life side a fair shake, CBS deserves credit for breaking with the mainstream media norm. It would be better if the pro-abortion side was given no screen time at all, but when it comes down to it, Yoder is right – the folks at The Good Wife did a terrific job.