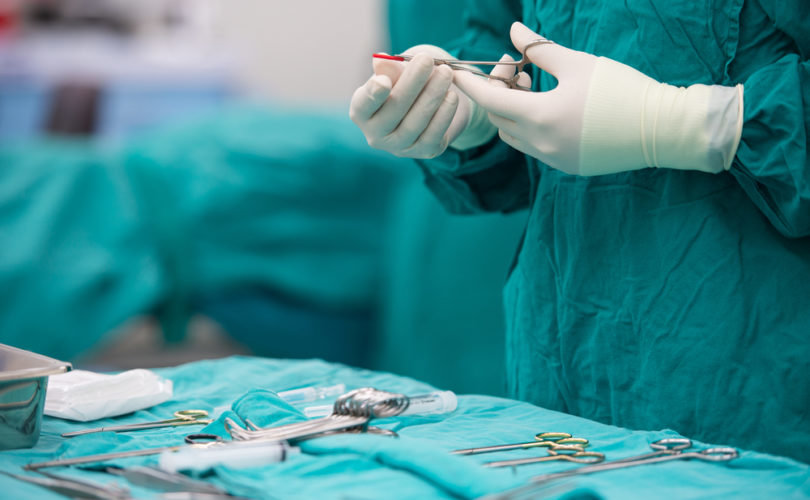 August 13, 2015 (LiveActionNews) — Earlier this month, Jeannie DeAngelis wrote about a little guy named Trevor Frolek. Delivered at just 23 weeks, Trevor was so small that his father’s wedding ring could fit around his foot. As you can see, that’s not the case anymore; he’s now rocking a full head of hair and an adorable grin.

Thankfully, Trevor had devoted medical staff who were ready to look out for him. But while his story is heartwarming, it’s not unique; multiple cases have proven that even babies delivered at 22 weeks have a shot at survival if they receive proper care.

Of course, not all physicians are in the business of helping children at that age. In fact, some, like Planned Parenthood’s Dr. Deborah Nucatola, take a different approach altogether: she crushes them.

Nucatola is Planned Parenthood’s Senior Director of Medical Services. In the first undercover video released by the Center for Medical Progress, she’s shown meeting with people who claim to be fetal tissue buyers. At three minutes and forty-three seconds, Nucatola describes how she can abort a child but still harvest his or her organs:

We’ve been very good at getting heart, lung, liver, because we know that, so I’m not gonna crush that part, I’m gonna basically crush below, I’m gonna crush above, and I’m gonna see if I can get it all intact.

Evidence suggests that a baby can feel pain by 20 weeks, but that’s not a problem for Dr. Nucatola: she aborts them up to 24 weeks.

Breaking the law isn’t a problem for her either. Although it’s illegal to alter “the timing, method, or procedures used to terminate the pregnancy… solely for the purposes of obtaining the tissue,” that’s exactly what she describes doing. Further, despite partial-birth abortions being illegal since 2003, she doesn’t seem opposed to performing one. “The Federal (Partial-Birth) Abortion Ban is a law,” she explains, “and laws are up to interpretation.”

Other Planned Parenthood officials have shown similar disregard. Four minutes and thirty-seven seconds into CMP’s second video, Dr. Mary Gatter, the president of Planned Parenthood’s Medical Directors Council, goes into detail about how she, too, believes it’s entirely fine to illegally alter how abortions are performed – all for the illegal purpose of procuring organs.

At four minutes and four seconds into the fourth video, Vice President and Medical Director for Planned Parenthood of the Rocky Mountains, Dr. Savita Ginde, agrees to do the same. Ginde also promises that she’ll instruct others to as well.

You can sign Live Action’s petition telling Congress to change that.

You can also contact your elected representatives and say you want those funds redirected to federally qualified public health centers, places that provide real care to people in need. Because the fact is, vulnerable lives deserve help.

An organization that crushes them doesn’t.