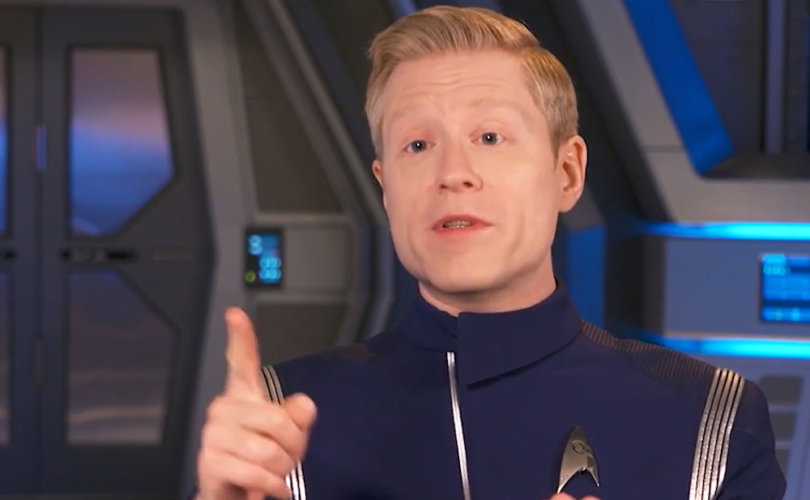 Rapp is best known for playing lead character Mark Cohen in the original production of the Broadway hit RENT and its subsequent film (2005). Cruz played teenager Ricky Vasquez in My So-Called Life (1994), the first gay leading character in a mainstream television series. Cruz became a national spokesperson for GLAAD (Gay & Lesbian Alliance Against Discrimination) in 2012. Rapp is also openly gay.

The sci-fi franchise has tackled issues around sexual diversity before, most pointedly in the Star Trek: The Next Generation episode called The Outcast (1992). The “outcast” of the title is the member of an androgynous species who confesses both to a female identity and to sexual feelings for First Officer William Riker. When the affair is discovered, Soren is put on trial and made to undergo conversion therapy. As the therapy returned Soren to her society’s sexless androgyny, gay activists were mixed in their responses to the show.

Following the well-publicized homosexuality of actor George Takei, the original Mr. Sulu in the parent Star Trek series, Sulu was depicted in the film Star Trek Beyond (2016) as having a legal male partner. Interestingly, Takei objected to the decision, saying it made Sulu look as if he had been “closeted” in the original series and films. Takei’s preference was for new gay characters; in Star Trek: Discovery, he has got his wish.