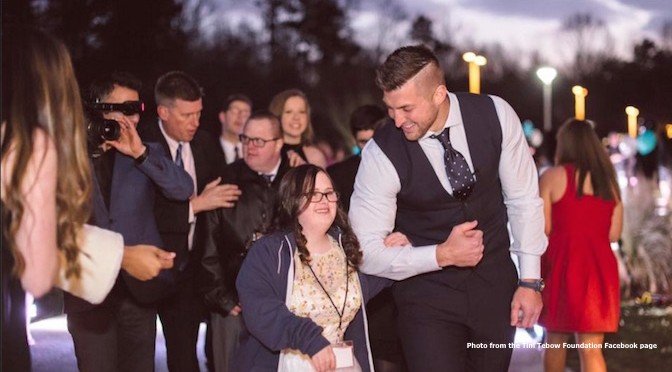 LOS ANGELES, California, August 30, 2016 (LifeSiteNews) — Christian football player Tim Tebow, who’s known for being vocally pro-life and expressing his faith on and off the field, had a tryout Tuesday for professional baseball scouts.

Tebow, who won U.S. college football’s top award in 2007 and has played for several professional football teams, was a baseball player at his local high school as a homeschooler. He is hoping to continue his professional career after playing in the National Football League for parts of three seasons from 2010 to 2012.

Tebow is known for praying on the field in a posture called “Tebowing.” If his tryout is successful and he is signed by a Major League Baseball team, he could bring his public witness to millions of baseball fans. Tebow received mixed reviews during the two-hour workout Tuesday at the University of Southern California, showing power during batting practice but struggling against live pitching.

During the 2010 Super Bowl, Tebow appeared alongside his mother in a pro-life commercial for Focus on the Family. Doctors had encouraged his mother to abort him.

Tebow’s athleticism will no doubt serve him well in a possible baseball career, although some commentators have pointed out that he hasn’t played organized baseball in 11 years.

Tebow joining a professional baseball team would likely anger abortion advocates and those who think faith has no place in the public square in sports.

In June, Tebow was on a plane when a fellow passenger had a medical emergency and became unresponsive. Tebow’s prayers reportedly helped save the man.