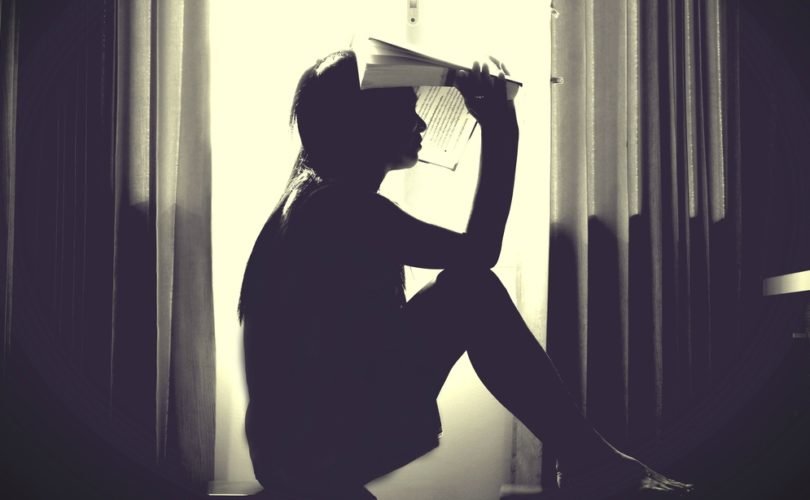 September 9, 2015 (LiveActionNews) — When Sara Jones* stumbled upon an old journal, she had no idea how it would affect her attitude about life, including her own. The journal belonged to her mother and what it revealed was that Jones was almost never born at all.

When her mother, a drug addict, was four months pregnant with Jones, she tried to abort her. Her father didn’t want the baby to be born, which led her mother to make the choice to abort her daughter.

“She went into the clinic and sat down,” explained Jones. “They tried to do the saline one but nothing happened to me. My mom wrote that she felt me scream so she made them stop.”

As a result, Jones was born prematurely, weighing just four pounds, two ounces. As a result of the abortion attempt, Jones has had to deal with some health issues, including asthma and hearing difficulties. But on the positive side, she’s living a great life.

Her aunt, her mother’s sister, brought her home from the hospital to take care of her and raise her as her own.

Today, Jones is a student at a Christian high school, and while she still lives with her aunt, she maintains a close relationship with her mother. When she discovered this family secret about the abortion attempt on her life, Jones dealt with a lot of emotions.

“Initially, I was furious, but I realized that I was here and there’s not much more I could do about it,” she explained.

Jones has her entire life ahead of her and wants to make the most of it. She is focused on her future plans which include attending a good college, earning a degree in sociology as well as speech language pathology, and marrying a “God-loving man and having beautiful children.”

She has forgiven her mother and doesn’t want her to feel any guilt.

To any pregnant women considering abortion, Jones wants them to know that they shouldn’t give up on their child because their life doesn’t feel perfect or the timing doesn’t seem right. There is someone out there who will love your child and take care of him or her, so don’t give up hope.