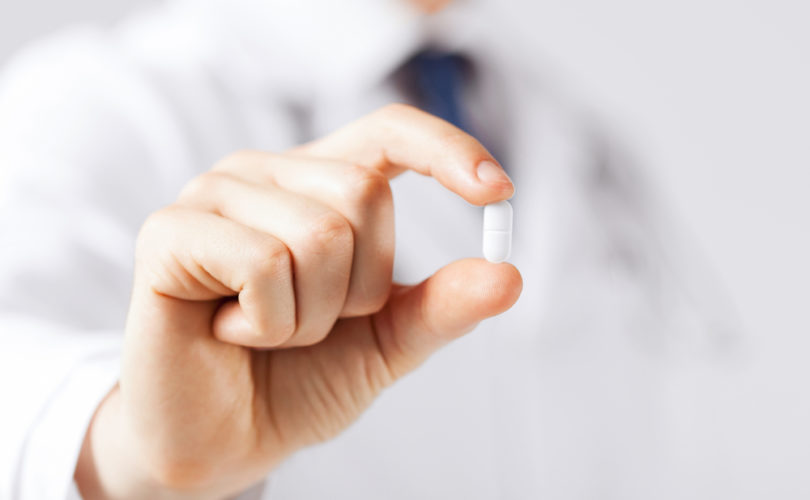 A Politico article today about new abortion cases that could reach the Supreme Court gave bare mention of its potential review of RU-486 regulation.

But due to a circuit court split on laws regulating the administration of RU-486, such a review looks likely – and promising for the pro-life side.

In an unprecedented move the FDA approved the abortion pill RU-486 (now known as mifepristone/mifeprex) in 2000 to sell in the U.S. using a fast-track process reserved only for drugs to combat life-threatening diseases, like AIDS.

It seemed obvious at the time, and was later confirmed, that “the Clinton administration pushed the abortion pill through the approval process to appease the abortion lobby,” reported Judicial Watch in 2006 after reviewing newly released documents that showed “the RU-486 approval process was infected by raw politics.”

But pro-lifers have recently begun turning the abortion industry’s political ploy on itself.

In 14 years the FDA has never deviated from its recommended protocol for RU-486, which requires three doctor visits and specific dosages and routes of administration, all within 49 days from the beginning of a pregnant mother’s last period:

Violating FDA protocol at every step

But abortion clinics violate FDA protocol in every possible way. A survey of National Abortion Federation members showed only 4% follow FDA guidelines, and Planned Parenthood is the biggest culprit. It owns 158 of 175, or 90%, of all known chemical abortion facilities in the U.S.

According to court documents, Planned Parenthood commits RU-486 abortions up to 63 days from the first day of a pregnant mother’s last period.

It gives only one 200 mg tablet orally at the abortion clinic, then instructs the woman to take one 200 mcg Cytotec at home by letting it dissolve under her tongue (getting into the system faster than if swallowed).

Worse, Planned Parenthood has lately been trying to do all this via telemed – dispensing chemical abortion drugs via remote computer, so the abortionist never comes in contact with the patient.

The pro-abortion claim that “off-label” use of drugs is commonplace is disingenuous, because the pathway by which RU-486 was approved placed it in a restricted category.

RU-486 is the abortion industry’s new cash cow business model, as verified by the surge of Planned Parenthood’s chemical abortion business. A 2014 Guttmacher report indicated that while abortion dropped 13% in 2011, the percentage of chemical abortions increased by 20% from three years earlier, to account for 22.6% of all abortions.

Abortion clinics are obviously trying to cut corners. And safety be damned because, as Americans United for Life attorney Mailee Smith noted:

Eight. That’s the number of women who have died from a severe bacterial infection following use of RU-486. In all eight cases, the women were instructed to use the abortion drugs in a way that has not been approved by the FDA.

Zero. That’s the number of women who have died from a severe bacterial infection after using RU-486 in the way approved by the FDA.

The abortion industry has sued to block all four laws. To date the federal 5th and 6th Circuit Court of Appeals have both ruled in our favor, and the 9th Circuit  has ruled in the other side’s favor.

This gives us a “circuit split,” making it more likely the Supreme Court will weigh in.

Smith cited three reasons AUL is “confident” the language AUL has encouraged states to adopt falls well within Supreme Court precedent for both the Casey and Gonzales  decisions:

Were SCOTUS to uphold chemical abortion regulations, more state legislatures would be encouraged to regulate them, making abortions harder for the industry to commit.

1
It’s beginning to look like the establishment will throw Zelensky under the bus to save face
2
How the US gov’t built a shadow structure that enabled COVID vax ‘bioterrorism’
3
Abp. Viganò: Our Lady’s humility is an intolerable affront to the ‘pride and disobedience’ of Satan
4
Dolly Parton says new song about God’s warning to avoid sin ‘came to me in a dream’
5
‘Never Again’ documentary takes deep dive comparing COVID propaganda with Nazi Germany
Subscribe to Daily Headlines »