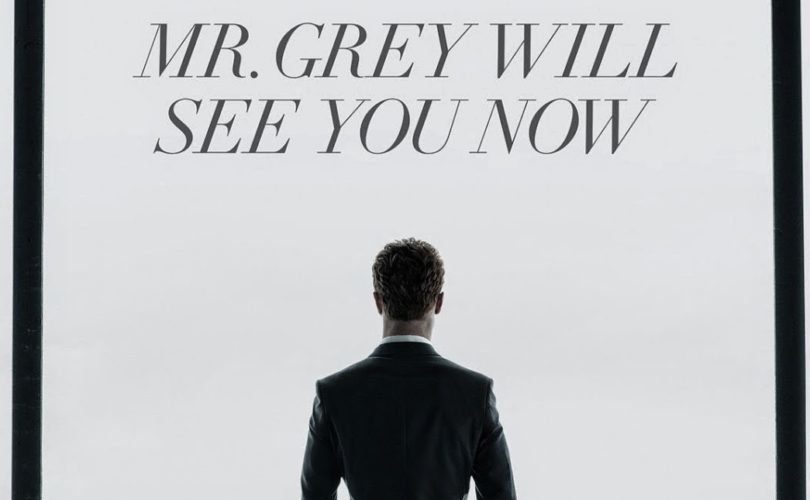 Who knew that making a movie based upon a miserable, basically plot-less book about sexual sadism wouldn’t go well? (Well, ok, I did.) But apparently some people hoped the film might not be a total miserable mess. Turns out it is, and the critics are having a field day with it.

But of course, even with its measly 23% approval rating on Rotten Tomatoes (and even then most of the “fresh” reviews take some variation of the theme: “Not quite as thoroughly horrible as I expected…but still mostly horrible.”), the film is raking in millions. And no doubt all the publicity will drive more sales of the truly disturbing, and deeply dangerous book the film is based upon.

Which is why it’s good to see some of the reviewers actually paying attention to the real problems with the film: not just that it’s artistically awful, but also that it has glamorized domestic and sexual abuse on a breathtaking scale. And then there are the others who simply can’t contain themselves when faced with the sheer vacuity of the whole project.

Here's a sampling of some of the best worst reviews.

I walked into the premiere screening of “Fifty Shades of Grey” last night planning to walk out with a bunch of ridiculous and funny material that would lead to a hilarious recap. Instead, I walked out of the cinema on the verge of tears.

… I screwed up. I screwed up big time. I went into this film thinking it would be two hours of B-grade hilarity about bondage that I could make fun of. It was actually two hours of incredibly disturbing content about an emotionally abusive relationship that left me really, really shaken.

…I had no idea that “Fifty Shades of Grey” isn’t just about the sex. It’s also about an incredibly disturbing and manipulative, emotionally abusive relationship.

So, about half an hour into last night’s screening, I found myself doing a horrified double-take. I quite suddenly realised that I was watching a film that glorified domestic abuse.

Anthony Lane at the New Yorker

“Fifty Shades of Grey” is being released in time for Valentine’s Day. That’s a bold move, since the film is not just unromantic but specifically anti-romantic; take your valentine along, by all means, but, be warned, it’ll be like watching “Rosemary’s Baby” at Christmas. Try holding hands as the hero taunts the rituals of sentiment, such as going out for dinner and a movie: “That’s not really my thing.” What his thing actually is, Lord knows, although, to judge by the importance that he attaches to grooming, regular feeding, and nicely buffed leather goods, my suspicion is that he doesn’t want a girlfriend at all. I know Mr. Grey’s whopping-big secret. He wants a pony.

Sure, I was the only woman I know who hadn’t read the books. But hey, 100 million copies sold must mean a good movie, right? Wrong. “Fifty Shades of Grey” is, quite simply, the worst movie I’ve ever seen.

Rex Reed at The Observer

In case further proof is required that movies have changed for the worse, Valentine’s Day is no longer about flowers and heart-shaped candy boxes, but a celebration of sadomasochism and twisted, titillating sex. Exhibit A: A gullible, naïve and inexperienced college girl in Vancouver goes ape for a handsome young billionaire in Seattle seeking a virgin to make his sex slave. Only a filmmaker of outstanding subtlety or a kinky provocateur with the powers of limitless exploitation could make the most of this premise. Unfortunately, Sam Taylor-Johnson doesn’t remotely succeed in Fifty Shades of Grey, the doomed movie version of the trashy best seller by E.L. James

… Maybe in future installments there will even be something that resembles a plot. For now, the entire movie is about as sexy as a root canal.

Kenneth Turan at the LA Times

An unashamed and genially preposterous fairy tale, a kind of “Cinderella” with restraints, “50 Shades” is about as believable as “Jack and the Beanstalk,” albeit considerably more kinky in intent. …

But these pleasantries do not adequately prepare us for the inevitable moments when “Fifty Shades” is forced to go over to the dark side, when Christian's actions come to feel abusive and not consensual and the delicate balancing act this film has been engaged in comes crashing down. It was not exactly fun while it lasted, but it certainly was better than where it ended up.

About an hour in, it finally dawned on me that perhaps the movie was giving me insights into masochism after all. As the minutes slowly, painfully ticked by I came to accept my punishment.

Apparently there are sequels planned. Shudder.