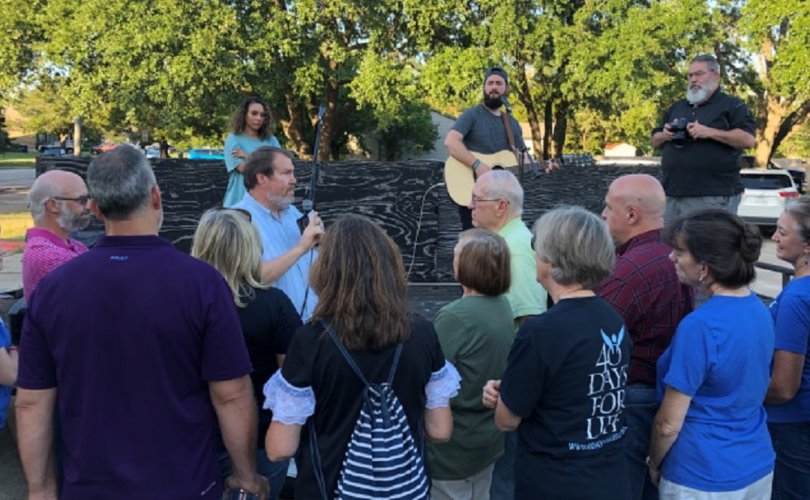 It's been six years since that Planned Parenthood facility became the 37th out of 104 abortion facilities to close following a 40 Days for Life campaign. A lot has happened in those six years!

That facility became the headquarters of 40 Days for Life and was recently depicted in the blockbuster film Unplanned.

Today, Bryan/College Station is the largest college town in America that does NOT have an abortion provider…and the community wants to keep it that way!

It's the city's first campaign since Planned Parenthood left and it's off to a good start with a keynote address from 40 Days for Life Director of Medical Affairs & Education Dr. Haywood Robinson.

“A man got out of his car and thanked us for standing up for life because his mother had wanted to abort him before the pro-life message converted her,” said Mike from Schenectady. “I wonder if it could have been some of our pro-life people decades ago!”

The first-ever campaign in Portland began with a day 1 visit from 40 Days for Life Board Chair and General Counsel Matt Britton. More than a hundred people came out for the launch event.

Not everybody who dropped by was pro-life though. A group of hecklers brought signs that read, “I love abortion.”

So much for pretending that abortion is a difficult situation that nobody takes lightly!

The King will answer and say to them, “Assuredly, I say to you, inasmuch as you did it to one of the least of these my brethren, you did it to me.” —Matthew 25:31-46

Gracious and merciful Father, we renew our dedication to defending the unborn and all whose right to life is compromised by our godless society's selfish lack of concern. Free us from our own failures and sins so that we will be truly pro-life in every area of our lives.