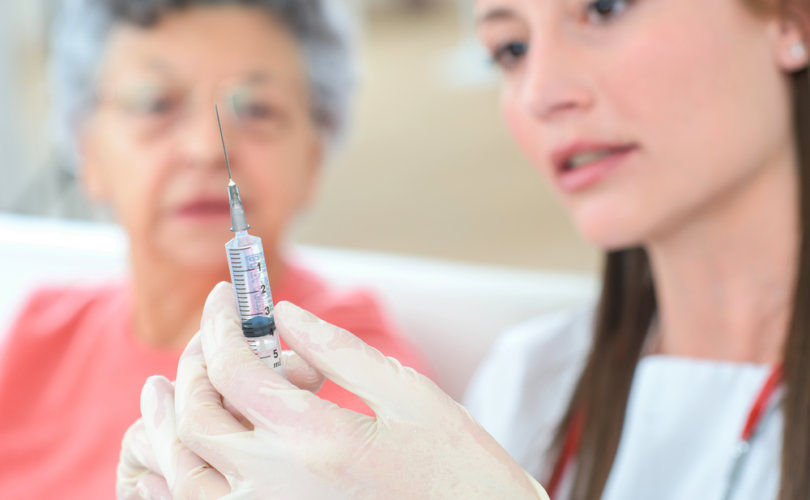 October 19, 2016 (AlexSchadenberg) — The Dutch government has decided to expand their euthanasia law to include people who are not physically or psychologically sick but who believe that their “life is completed.” NL Times reporter, Janene Pieters wrote:

The Dutch government wants to adjust the Euthanasia Act so that people who aren’t sick, but feel that their life is completed, can end their lives with assisted suicide. This will only be allowed under “strict and rigorous criteria”, the government wrote to parliament. The majority of parliamentarians support the plan.

Coalition parties VVD and PvdA and opposition party support the proposal to change the law. That gives the proposal a majority vote in Parliament, with 88 out of 150 parliamentarians in favor. In the Senate the three parties only represent 33 out of 75 senators, however. With the Christian parties set 100 percent against the proposal, this means that the PVV, SP or a collection of smaller parties will also have to support this change in the euthanasia law for it to be implemented.

The Dutch government is going against the recommendations of their parliamentary committee. The NL Times reported:

The committee, chaired by Paul Schnabel, concluded that nothing has to be changed about the Euthanasia Act. The current law provides enough space for “most” people to qualify for euthanasia if they consider their life completed, according to the committee. The committee was also against the introduction of a so-called “suicide pill” as there is to great a risk of it falling into the wrong hands.

The report in the Dutchnew.nl increased my concerns. It stated:

In their briefing, the ministers say that ‘elderly’ people with a consistent and well-considered wish to die – whether ill or not – should be able to take a drug to end their lives. Family members would not be allowed to administer the drug.

The practice would not be considered euthanasia, in which the patient is said to be suffering unbearably, and in which doctors have an active role.

The expansion of euthanasia in the Netherlands has been happening for many years.

Those who believe that euthanasia can be controlled, then this news should cause them to think again. Once a nation permits doctors, or others, to kill their people by lethal injection, then that nation has opened the door to an ever expanding option to kill. Woe to Canada who recently approved medical killing.