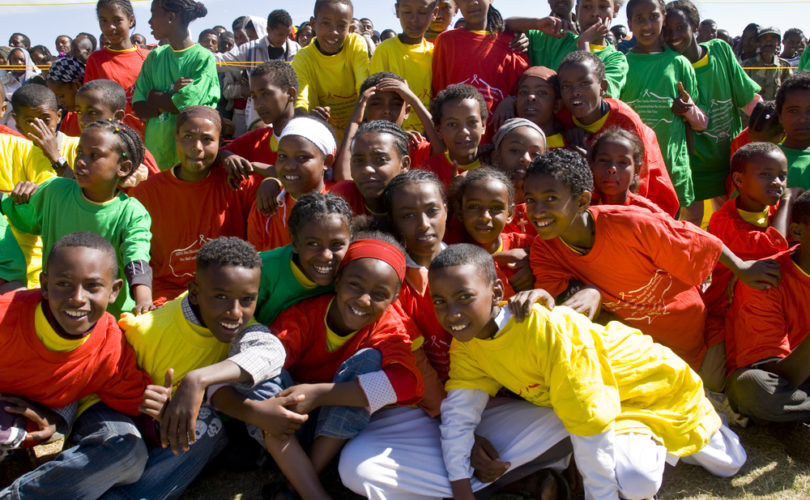 The United Nations has just published its State of the World Population Report 2014, “1.8 Billion Strong: Adolescents, Youth and the Transformation of the Future.” I always enjoy a good read from the United Nations, and this does not fail to provide much fodder for discussion.

But let’s not get carried away. The U.N. doesn’t love them that much.

The document is 136 pages long, and uses the word “reproductive” (as in “reproductive rights,” “reproductive health,”) over 150 times. The United Nations wants to make it very clear that while we need young people, we certainly don’t want too many of them. It’s bad for the planet, and bad for the rest of us still hanging around.

The U.N. loves the Malthusian doctrine of “Yikes! Too many people!” Take this, for instance:

Large and still-growing populations of young people are already challenging many less-developed and low-income countries, where government capacities and resources are strained. Without appropriate investments today in youth—girls, boys, young adolescents and young adults—to prepare them for the future, these challenges of meeting the needs of a growing population will become increasingly daunting with time in many lower income countries.

What would those “appropriate investments” for a “growing population” be? It means young people need to exercise “their reproductive rights.” It means: stop having babies.

The report says “research shows” (there’s no reference for this; you just have to take the U.N.’s word for it) that people are happier when they have smaller families. (The U.N. doesn’t define “smaller families” either.) However, “lower fertility” is a must for a better future.

One of the problems, the U.N. points out, is that there are a LOT of young people in the developing world, and not so many in the developed world. This means countries with strained economies are going to face challenges. No one can argue that. But there is something a bit … patronizing? colonialist? … in saying that too many people from those countries is bad for the rest of us.

If this next part weren’t so tragic, it would be laughable. The U.N. report states, “Studies in China and India found that lower fertility is associated with better child health and schooling.” China? That country that forces over 13 million women a year to abort their child? That nation that routinely sterilizes women against their will? That country that routinely kills about half of its girls prenatally every year? Indeed, that sound just like a place with “better child health and schooling.” (And India’s track record in this area is not much stronger.)

The U.N., once again, sadly gets things wrong. People are not the problem. People are the solution. Those smart, amazing young people pictured in the U.N. report? They are the ones who will blaze an innovative path to the future. Like this 15-year-old who figured out an early testing method for pancreatic cancer. Or this young man who has figured out a way to turn a car’s exhaust fumes into oxygen. Or this young woman who figured out a way to purify water using solar power.

Carroll Ríos de Rodríguez, a Guatemalan economist, points out that not only have the dire predictions of the “population bomb” failed to come about, but the notion that we need to control certain aspects of the world’s population is distasteful, to say the least:

Population control is a policy that basically sees that the solution to poverty is eliminating the poor. The whole message behind it is that some people don’t deserve to be born or to exist, and I find that very offensive actually, even racist. Population control is detrimental in that it creates this environment that is anti-life … It is extremely offensive that someone in an office in Europe will decide that no more black babies should be born or no more Latin American babies should be born, or that only one baby should be born.

Sadly, the U.N. doesn’t see things this way. They “sorta, kinda” think young people are great, but they are wary that too many young people in the wrong places spell disaster. It’s a disheartening stance, and if you’re a young person in the “wrong place,” a dangerous one.