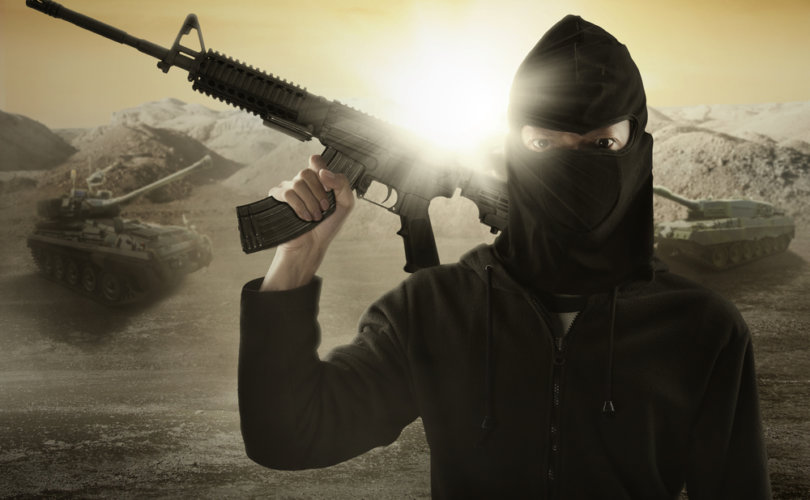 June 5, 2017 (LifeSiteNews) – The co-hosts of ABC's The View managed to compare business owners who object to funding contraception to the Taliban, promote Planned Parenthood, and push gay adoption in less than two minutes on Thursday.

They were discussing President Trump's recent move to potentially overturn the Obama administration's HHS contraception mandate. This mandate forces religious employers like the Little Sisters of the Poor to participate in the provision of their employees' contraceptive and abortifacient drugs.

Hobby Lobby, Catholic dioceses, and other Christian businesses and organizations objected to the mandate. Hobby Lobby won the right to practice its religious freedom in a 2014 Supreme Court case; other groups are still fighting the mandate.

Whoopi Goldberg asked whether allowing Christian business owners to refuse to fund contraception is “kinda imposing your beliefs on your workers?”

It’s also a bit of a conflict for them to say, because you wanna remove funding from places like Planned Parenthood that allows for family planning and decisions. You now wanna remove contraception. And yet you say that people that are poor ­– like Dr. – Ben Carson said – you know, people that live in projects and things are gettin’ too comfortable – they’re suckin’ the system dry – well you’re not giving them options to make the right decision if you’re pulling all of – you’re almost punishing us for having ovaries.

“Do what you need to do for your family, let me do what I need to do for mine, and we’ll all be fine,” Goldberg suggested. She seemed unaware that at issue here is whether people can force their views on religious employers, coercing them into funding services and devices that they find morally objectionable.

“How is it different from the Taliban, I’d like to know?” asked Joy Behar.

“I just feel that you have to – at some point you have to take responsibility for your life,” she said. “And a lot of people are saying, 'this is what I need,' and you’re saying it doesn’t matter what you need, I want you to believe how I believe.”

“That’s done all the time,” Goldberg claimed. “We saw it when people said, oh, we can’t have gay people adopting so we’re gonna stop it.”

Most arguments against gay adoption center on children's rights, not religion.

“I said this before, I’m going to say it again: with all these rollbacks, and all the things that we hear, what’s the difference between us and the people we’re fighting?” asked Goldberg. She didn't specify which “people we're fighting” she meant, but The Blaze called it “an apparent reference to the Islamic State.”

Goldberg finished with a tirade about how Christian groups against funding other people's birth control shouldn't be given any tax breaks, and how they're not even Christian:

You’re a faith-based company, you should not get any tax breaks. How about that? If you’re gonna operate like everybody else, you don’t get the tax breaks…as a religious group, if you’re gonna talk politics, as a religious group, you don’t get a tax break. Sorry! So basically what you’re saying is people who work in religious, uh, hospitals, or schools, even if they’re Jewish or they’re not believers, you’re sayin’ they’re not welcome there because unless you believe exactly and do exactly what they say, you’re not welcome. That’s not what you’re supposed to be saying. That’s not Christian!

The liberal crowd on The View is apparently oblivious to the many women, like the Little Sisters of the Poor, who don't want to fund other people's contraception and the fact that they are seeking to allow some people to impose their views on others – the very action they claim to be decrying. Oh, and any differences between pro-life Christians and the Taliban.