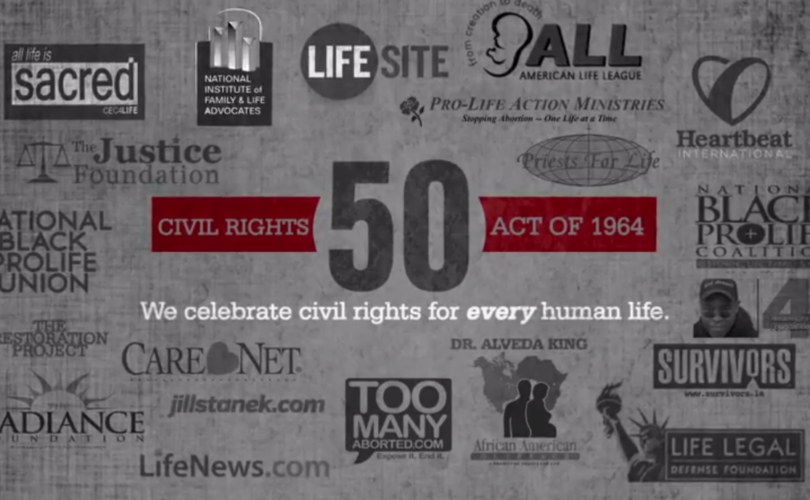 Today marks the 50th anniversary of the signing of the 1964 Civil Rights Act, a bill that transformed America in fundamental ways. Those who voted for the bill in the shadow of JFK's assassination did so to express their belief in human rights and racial equality.

Ryan Bomberger of The Radiance Foundation marked the occasion by creating a new video highlighting the fact that an entire category of human life – the unborn – can be deprived of all rights even today, half-a-century after this bill was signed into law by President Johnson (words which, you must admit, have a nice ring to them).

Unfortunately, the political argument has grown increasingly absurd in the ensuing 50 years. Today, laws seeking to prevent babies from being aborted because of their skin color – and pro-life activists in general – are deemed “racist.” Meanwhile, pro-abortion writers openly encourage people to embrace their inner racist and support abortion for black babies.

As the video says, “The law changed. Many hearts still need to.”

LifeSiteNews is proud to be listed as a supporter of this video, which calls for us to pursue the day that human rights will be extended to every human being.