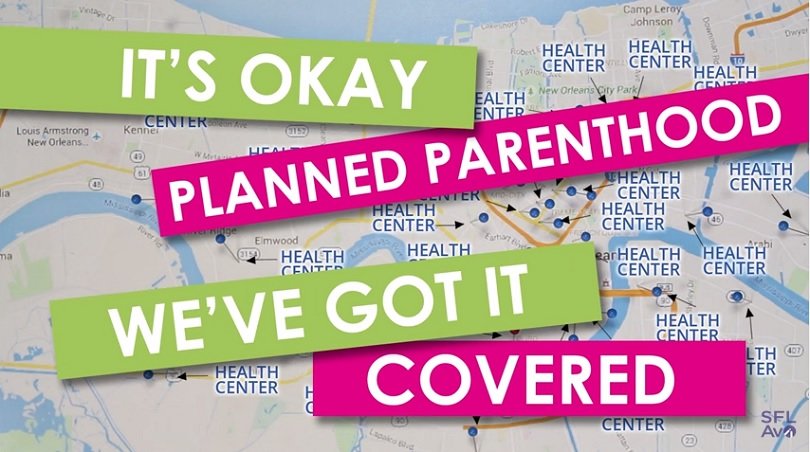 Planned Parenthood portrays itself as underprivileged women's-only resort for a variety of health care needs. That, the group says, justifies the $528 million U.S. taxpayers furnish the abortion provider every year. Without those funds, they warn, women will go without basic care, and poor women could die.

This video, produced by Students for Life of America (SFLA) and Louisiana Right to Life, exposes the threadbare argument. Focused particularly on New Orleans, the short production displays the many other, inoffensive health care centers available to poor women in that city alone.

“I don’t know the exact number. I know there’s more community health centers than there are Planned Parenthood” facilities, Richards admitted in testimony before Congress last week – the same testimony in which she admitted, despite her previous assertions, that Planned Parenthood does not perform mammograms.

The idea of an organization founded by Margaret Sanger – a dedicated eugenicist – hiding behind an argument that it wants to save the lives of poor women and minorities is galling enough.

Watch SFLA and Louisana RTL demolish yet another abortion industry shibboleth in just over 90 seconds.

If Planned Parenthood loses government funding, here’s a map of health clinics that could take its place