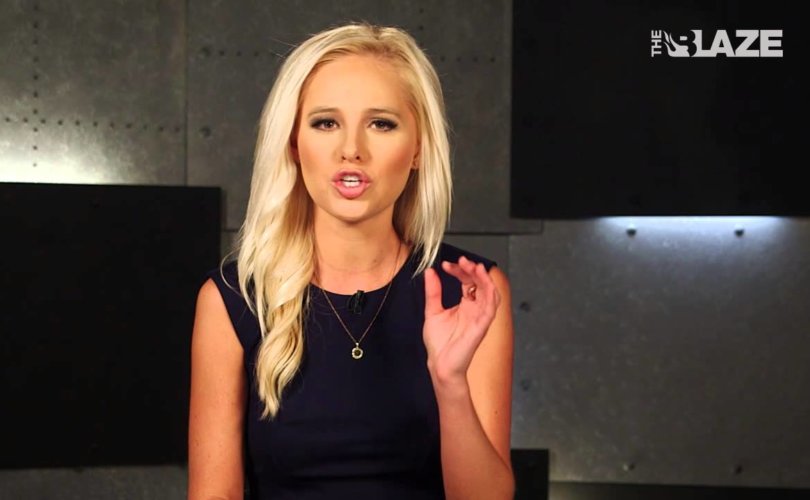 Tomi Lahren styles herself a “young, conservative woman”—and her sharp rise as a TV show host, she says, is an indication that there is an audience hungry for her message, which she’s described in the past as “anti-feminist.” Her show Tomi on The Blaze is wildly popular, mainly for her consistent defences of Donald Trump, and her young audience loves her for her willingness to face off with left-wing commentators like Trevor Noah of the Daily Show.

Considering her growing influence in conservative circles, especially women, it was very disappointing to hear Lahren defend abortion during her debut appearance on The View.

Lahren may be a fresh voice on many issues, but on abortion she trots out the same stale, debunked talking points the abortion movement has been using out for years. For starters, there is no constitutional right to abortion. The creators of Roe v. Wade produced a ruling so terrible—even from the legal perspective—that even many abortion supporters have admitted it. Legal scholar John Hart Ely, a supporter or abortion, wrote in the Yale Law Journal that Roe v. Wade is “bad constitutional law, or rather…it is not constitutional law and gives almost no sense of an obligation to try to be.”

Lahren’s appeal to limited government is also ridiculous. Whatever one’s opinion on government, from the left end of the spectrum to the right, the one thing we should all be able to agree on is that the government’s duty is to protect people from one another. At a bare minimum, the government should uphold the simple right of human beings not to be killed by other human beings. Even the smallest of governments have an obligation to defend fundamental human rights, the right to life being first among them.

Which brings us to Lahren’s final point on abortion, the assertion that women should have the right to do what they want with their bodies. Well, sure. But that’s not the point. The human being developing in the womb is not part of the mother’s body. This is a simple scientific fact. What Tomi Lahren is advocating for here is a procedure in which someone actually has to force open the woman’s cervix in order to use tools to either suction the tiny girl or boy into bloody slurry, or actually dismember the baby piece by piece, reassembling the shattered child on a tray afterwards to ensure that all body parts have been evicted from the uterus.

It's a shame when young commentators with growing audiences choose to use their influence this way. It’s a shame when the same tired but still lethally dangerous ideas are promoted to huge numbers of people who need to know the truth about abortion. I can only hope that Tomi Lahren will realize that her point of view has nothing to do with limited government or women’s rights, and everything to do with the threatened lives of human beings in the womb.

Reprinted with permission from EndTheKilling.ca.