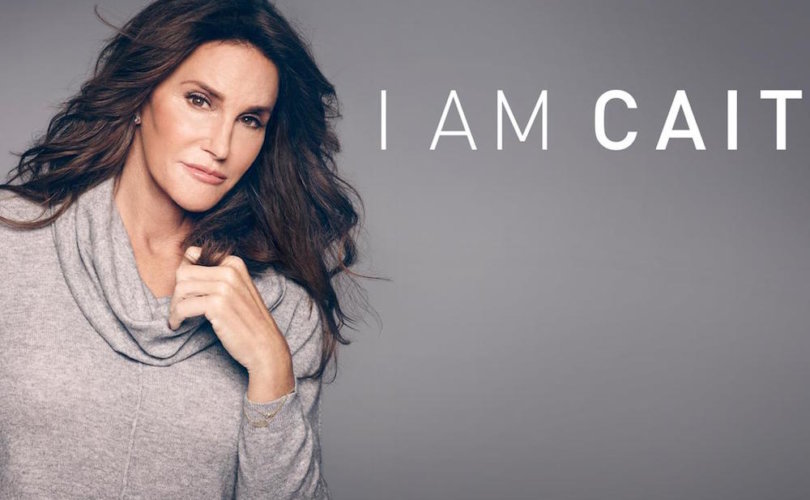 HOLLYWOOD, August 18, 2016 (LifeSiteNews) – The E! television network has announced that the nation’s most prominent transgender TV program has gone from “I Am Cait” to “I Am Canceled.”

After 2 amazing seasons of @IAmCait, it's time for the next adventure. Thank you E! & thank you to the best girlfriends I could ask for!

The network put out a statement saying the decision to end the show was a “mutual” one made by E! and Jenner.

“We are incredibly proud of the two seasons of I Am Cait, a groundbreaking docu-series that sparked an important and unprecedented global conversation about transgender people, their struggles and triumphs,” a spokesman for E! said in a statement.

“Caitlyn [Bruce Jenner] and E! have mutually decided not to move forward with another season at this time. [He] will always remain a part of the E! family, and we look forward to continue following [his] journey as [he] appears on ‘Keeping Up with the Kardashians.'”

A source close to the production told Radar Online that Jenner “is blaming everyone but [him]self.”

The program’s ratings crashed after last August’s premiere, which reached 2.73 million people. but was cut in half by the second week. A year later, that fell to 745,000.