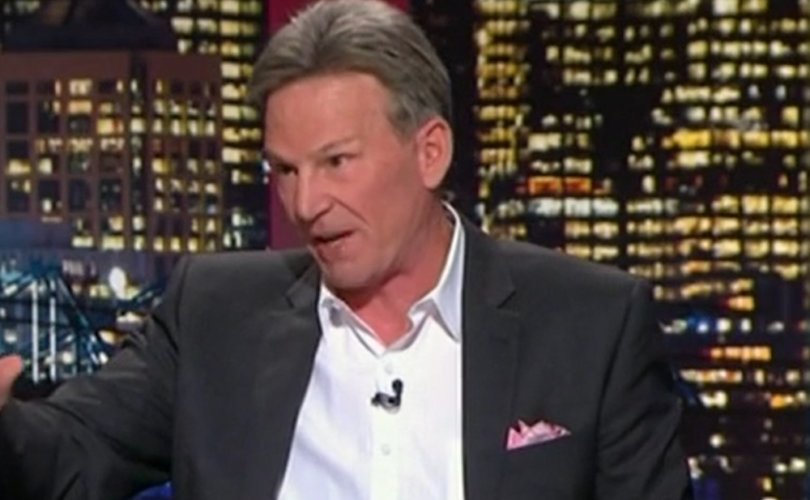 MELBOURNE, Australia, September 26, 2017 (LifeSiteNews) — The star of an Australian sports and variety television show dedicated to the Australian Football League lambasted the AFL on the air last week for its public support of gay “marriage” in the midst of the country’s current referendum on the issue.

After the AFL put a “Yes” sign over its logo Wednesday to show its same-sex “marriage” support, The Footy Show’s Sam Newman said the AFL was wrongly engaged in a political agenda and had no right telling people how to vote.

“You are nothing more than obsequious, fawning, sycophantic political whores,” Newman said. “You have no right to get involved in political messages.”

“It’s not about gays, it’s about political agendas, and the AFL has no right to tell people (how to vote),” he said. “They are a sporting organization and they should stick to running the sport.”

The AFL has gotten involved in social campaigns throughout its history, Sky News reported. The league’s previous campaigns have centered on the issues of racism, street violence, women’s rights, and indigenous people.

Newman, a retired football player nicknamed “Fossil” on the Footy Show, stressed it did not matter what issue was at hand.

“If this was about the AFL putting Yes on the football about climate change, or save the whales, or greenhouse emissions or whatever, I would have exactly the same opinion,” he said.

Newman added, “But who in the hell are these people at the AFL who are telling the football public what they should do in their lives and who they should vote for in any political agenda? Who are you?'

Australian Prime Minister Malcolm Turnbull said it was up to the AFL to determine the causes it supports.

“I'm not going to tell the AFL or any other organization how to run their affairs,” he said. “The AFL has always had a very forward-leaning approach on social issues, whether it's multiculturalism or reconciliation. They have always been a very socially progressive organization and taken a strong stand on the same-sex marriage issue for a long time.”

The Australian plebiscite on gay “marriage,” a voluntary postal vote, runs from September 12 through November 7.